Right off the bat, the Great Dismal Swamp’s name does it a disservice. It is a daunting landscape—or it was, anyway, to the European settlers who arrived in the colonial era and found its humid climate, soggy vegetation and booming insect population intolerable, with one planter famously calling it “a miserable morass where nothing can inhabit.” But the larger “Great Dismal”—once covering more than 1 million acres in Virginia and North Carolina, now reduced to a bit more than one-tenth of that size—was also home and refuge to generations of Indigenous and African American communities, who carved out a vibrant and self-sufficient existence hidden from those who subjugated and enslaved them (As Tom Wilson, who escaped slavery and put down roots in the Great Dismal, memorably said, “I felt safer among the alligators than among white men”). While the swamp appeared to be a thorny, impenetrable mire, in reality it was a singular safe harbor sitting at the confluence of several important chapters of American history. 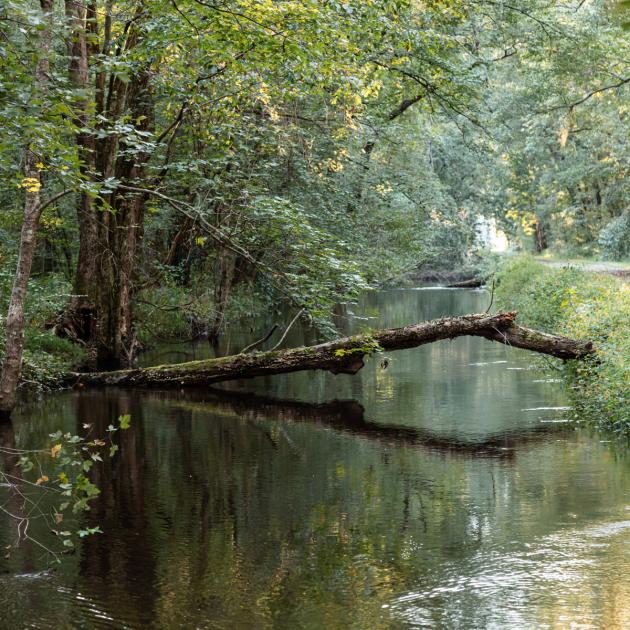 The Great Dismal Swamp holds the largest known collection of archaeological artifacts in the continental United States from Maroon colonies.

But the cultural and natural treasures of the Great Dismal Swamp lack full protection, and threats like climate change and encroaching development are set to jeopardize them further. Especially at a time when we’re starting to take full stock of the stories we tell about our nation and finding them both incomplete and grossly unfair to Indigenous people and people of color, it is vital we preserve the Great Dismal Swamp and the wealth of culture it holds.

Where peoples and histories intermingled

Home to the precolonial polities of the Nansemond Indian Nation, the Great Dismal Swamp once served as a trade center for Native nations of the region, including the Algonquian-speaking members of the Powhatan Confederacy to the north, the Iroquian-speaking nations to the south, and the Eastern Siouan and Muscogean-speaking nations who transited from greater distances.

When slavery became a dominating force in the region, this exploitative form of economy thrived because of the rich natural resources found in the Dismal, and enslaved African, African-American and Native laborers were forced to dig the entirety of the Dismal Swamp Canal (now the oldest still-operating canal in the nation) by hand to facilitate trade between the Chesapeake Bay and the Albermarle Sound. The Great Dismal Swamp Canal Company (created in 1784) oversaw the affair, and one of their earliest investors was a young George Washington.

Free People of Color (a historical term for people of full or partial African or Native descent who were not enslaved prior to 1865) also lived close to the Dismal, and developed communities and economies based on its bounty and safety. In the early colonial era (prior to about 1661), some people of African descent had been indentured, rather than enslaved, in the Virginia colony; at the end of their indenture contracts, they were liberated and their freeborn descendants often intermarried into both the Native and European populations. But as slavery grew, these descendants found themselves the targets of suspicious slave-owning neighbors and predatory outsiders who would kidnap and sell them into slavery. To protect themselves, they retreated to communities sheltered by the swamp.

The Dismal also served as a particular kind of refuge for people who had fled enslavement: these “Maroon” communities (a term derived from the Spanish cimarrón: fugitive, fierce, unruly/unruled) thrived in organized townships on the mesic islands in the very heart of the Swamp for decades. Working in an underground economy made possible by the Native Americans, Free People of Color, enslaved African Americans and sympathetic Europeans of the region, these brave Maroons made a home in an ecosystem previously deemed uninhabitable by European settlers.

Because of the Swamp’s role as a delta of trade and transit, the Great Dismal Swamp also hosted one of the only known water-based stops on the Underground Railroad. Enslaved African Americans fleeing to safety would use the swamp as a temporary hiding place before traveling northward by boat to freedom.

These many different histories all intermingled in the swamp, with economies of trade and exchange created and flourishing far beyond the reach of European or American control. Many who now live in surrounding cities and communities like Gates County and Skeetertown claim ancestry and traditions passed down from these diverse forebears.

An uncommonly wild and vital ecosystem

Designated a national wildlife refuge in 1974, the Great Dismal Swamp also contains unbroken stretches of cypress and cedar forest that house sensitive wildlife populations, including many endemic species. Among them are at least 47 different species of mammal like black bears, bobcats and flying squirrels. Over 200 species of bird spend at least part of their annual migratory cycle in the Great Dismal Swamp, and nearly 100 species breed on the refuge. It is one of the few areas on the Atlantic Coast where populations of migratory birds like the Swainson’s warbler remain stable. And for all the complaints about the Great Dismal Swamp’s buggy conditions, it provides habitat for dozens of species of butterfly, including several that are totally dependent on the local plantlife, like the beautiful and vulnerable Hessel’s hairstreak.

The Great Dismal Swamp supports nearby communities as well. The water of the swamp is unusually pure, thanks to the tannic acid produced by the juniper, gum and cypress trees, which inhibits the growth of bacteria in the water. This pure water was a favorite of sailors in the region, who found it stayed cleaner for long journeys at sea. Today, the Swamp is part of the water resource catchment for the Hampton Roads region, home to more than 1 million people.

The swamp is also part of the network of public lands that helps mitigate and combat climate change by absorbing and trapping heat-trapping gases from the atmosphere. It sits atop some of the richest carbon storage anywhere on the South Atlantic coast, peatland that is able to sequester 33 times more carbon than any other type of soil or forest. The peatland and old growth forests of the Dismal Swamp hold tons of locked-in carbon.

But climate change and sea-level rise, along with extraction and human encroachment, pose significant threats to the Great Dismal Swamp and its wildlife. Shifts in annual precipitation, increases in drought and forest fire, and salination of brackish and freshwater systems could all spell doom. Historic deforestation and drainage of the waters has already diminished the region, and further harm could mean losing this irreplaceable ecosystem once and for all—and releasing the carbon pollution stored in the swamp’s soils and forests back into the atmosphere.

Learn more about the Great Dismal Swamp and what we’re doing to ensure it’s protected for generations to come.