On a warm, windy night in June 2020, a statue of former Confederate Brigadier General Albert Pike was pulled down by protestors in a lot managed by the National Park Service in Washington, DC.

The moment came amid a larger furor over racist statues and symbols, and just as the nation seemed to experience a moment of clarity and catharsis about some of its sins, ranging from European colonization to slavery to the murders of Emmet Till and George Floyd. One of the most visible manifestations of this awakening has been a discussion about our memorials, parks and other shared spaces—especially a renewed scrutiny of which ignoble people they honor. Pike, who may have been involved in the formation of the Ku Klux Klan, would not fit the new criteria for adoration. Good.

But the offending element isn’t always a statue, which is relatively easy to remove. It can instead be something incorporeal yet very basic: the name given to the land itself. In Arkansas’ Ouachita National Forest, nature-lovers flock to Albert Pike Recreation Area to backpack and paddle. In a way, such “invisible” tributes may prove the hardest to topple. That’s not to mention that such place names typically supplanted those given to land and water by the original inhabitants of what we call North America, a slight still demanding redress in many cases.

The effort to rethink these places just got a big boost. On Sept. 25, Rep. Deb Haaland introduced legislation that would set the stage for reviewing and potentially changing offensive names of parks, national forests, wilderness areas, monuments, mountains, rivers and other places.

"It’s past time to change the offensive names of public lands, especially with input from groups who have been discriminated against," said Rep. Haaland in a statement accompanying the bill's introduction. 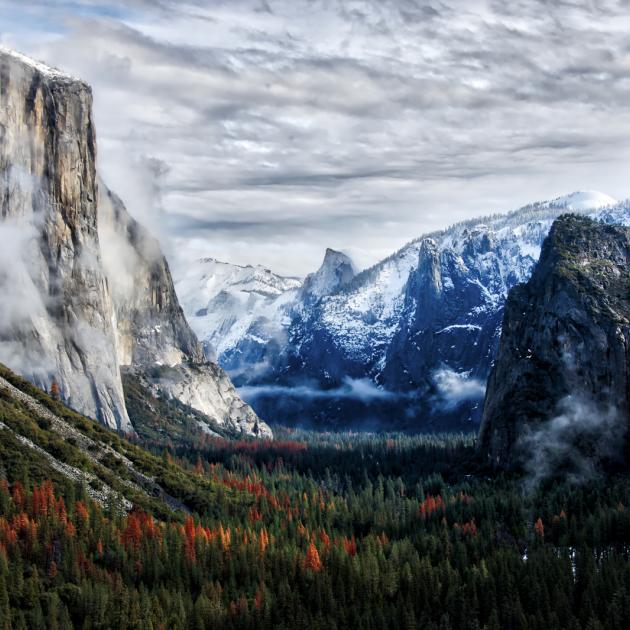 Why we must teach the ugly side of public lands history

While the conservation movement has many moments worth celebrating, the legacies we choose to focus on are far too often those of white men “protecting” parks and public lands.

A 2015 survey found 1,441 federally recognized places whose names contained racial or other slurs. Congresswoman Haaland’s bill is aimed at addressing such places as well as those honoring people who held racist views, committed atrocities against Native Americans or supported or enforced discriminatory policies.

The Reconciliation in Place Names Act would create an advisory committee empowered to make suggestions to Congress about renaming federal land units like national forests, and to the body within the Department of the Interior that’s in charge of decisions about naming geographical features. The committee would include tribal representatives and authorities on civil rights.

“The Reconciliation in Place Names Act would remove names from public lands that are offensive, racist, and inappropriate, thus helping to ensure that our parks and outdoor spaces are managed in a more equitable and inclusive manner that honors our nation’s diversity," said Paul Spitler, director of wilderness policy for The Wilderness Society, in a joint statement with partner groups. "The bill—and the spirit of equity it carries for our public lands—is long overdue. We support this important legislation and commend Congresswoman Haaland and Congressman Green for advancing it.”

Many examples of parks and public lands with troubling names

Numerous parks, national forests, wilderness areas and other public lands bear either racial slurs or the names of Confederate soldiers, racists and frontier figures responsible for killing or dispossessing Indigenous people. And many, if not most, had descriptive names bestowed on them by Indigenous peoples long before European-Americans started naming mountains and rivers as a way to honor the fleeting accomplishments of individual human beings.

A 2015 survey found 1,441 federally recognized places whose names contained racial or other slurs

Part of the conservation movement’s reckoning with its own historic racism, including some ideas and policies embraced by Wilderness Society founders, has to be owning up to those naming sins and our complicity in glossing over them as we promote the causes of public lands protection or outdoor recreation.

The work of renaming and rethinking has only just begun

During the summer, when Pike’s statue came down in Washington, DC, you could’ve been forgiven for thinking the entire zeitgeist was pointed in one definite and unalterable direction—namely, toward the end of hurtful and hateful displays in our parks and shared spaces. Toward a new cultural understanding that is more equitable in its accounting of the past and more careful about whom it chooses to cast in bronze in the center of town.

But nothing is ever that simple. Symbols like Pike’s statue, and worse, remain pervasive, and the quest to replace, remove or recontextualize them is only beginning. To wit: Just a little over seven miles to its northwest, also on National Park Service land, is a memorial fountain dedicated to avowed segregationist and racist former Senator Francis Newlands, whose most enduring legacy might be his establishment of a ritzy residential neighborhood that he intended to be populated only by whites and non-Jews (both Pike’s and Newland’s memorials exist on the ancestral land of the Anacostan people, who might have found a bitter irony in our deliberations about what names should be attached to these places). It’s been almost six years since an official proposal was filed to rename it, but even though members of Congress have joined the cause, and the neighborhood that surrounds it has been home to numerous politicians and political change-agents over the years, Francis G. Newlands Memorial Fountain stands as-is. Newland’s great-great-granddaughters have led opposition to any change, reasoning that their ancestor was “imperfect yet important.”

Symbols like Confederate statues, and worse, remain pervasive. Because we all have imperfect histories, we should feel comfortable revisiting them and rethinking our past judgments about who or what deserves to be immortalized.

We’re all imperfect, of course. But because we’re aware of that imperfection, we should find it entirely appropriate to revisit our past decisions and those of our ancestors. We should feel comfortable, especially, realizing the imperfection of our judgments about who is a hero, and about which language deserves to be immortalized.

Working together with lawmakers, we hope to bring about a future when parks and public lands are fully inclusive--not only in the policies and culture that govern who gets to enjoy them, but in who or what they honor.

Diverse leadership is critical in fight for clean air, against climate change

COVID-19 highlights why the conservation movement must support park equity

Our Commitment to Diversity, Equity and Inclusion