The Biden administration confirmed on July 15 that it will restore protections to the Tongass National Forest and expand them to include a ban on all large-scale old-growth logging in the forest. The rule will override a Trump attack and include $25 million in funding for sustainable community development.

The Tongass is the ancestral and contemporary homeland of the Tlingit, Haida, and Tsimshian peoples. In December, a coalition of Tribes from Southeast Alaska joined businesses and others—including The Wilderness Society—in a lawsuit targeting the Trump rollback. Indigenous Alaskan leaders have been the driving force of the effort to protect the Tongass, and they must be central to the administration’s process in determining how it is managed in the future.

“Customary and traditional uses cannot be protected when road construction and other large-scale industrial development are permitted in the landscape,” said Josh Hicks, senior campaign manager at The Wilderness Society, in a statement. “[We are] proud to stand in solidarity with the Organized Village of Kake, Organized Village of Kasaan and many others, and we thank them for their tireless efforts to reach this milestone.” 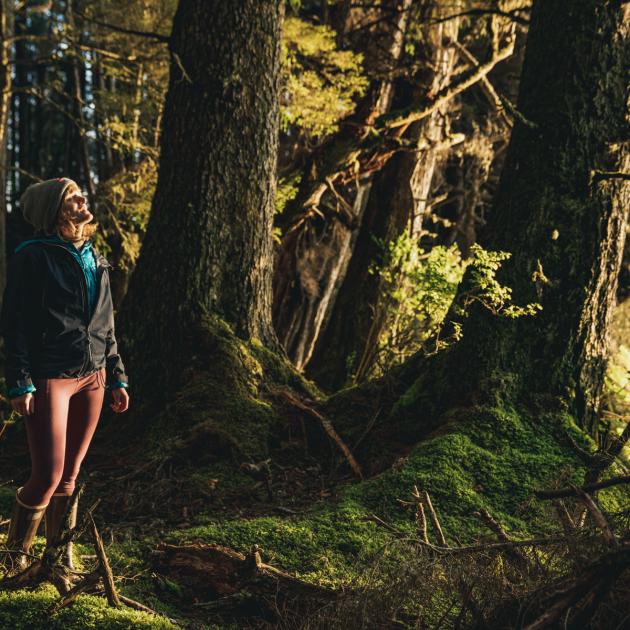 Why this ancient rainforest is an important climate solution

Some key facts about why forests—and specifically the Tongass National Forest—are an important climate solution.

The Tongass is one of the world’s largest intact temperate rainforests, containing numerous large, old-growth trees that collectively act as one of the nation’s best “carbon sinks,” absorbing and trapping carbon dioxide that is  driving to climate change. The U.S. Department of Agriculture, which includes the U.S. Forest Service, specified that it will manage the forest with an eye toward ensuring its resilience, including as part of plans to tackle climate change.

President Biden launched a review of the Trump rule-making process during the early days of his administration, and for months, Tribes in Southeast Alaska and conservation groups have been calling on the the administration to reinstate protections for the Tongass to prevent logging and other forms of development in the wildest parts of the forest. Our members and supporters deserve a lot of credit for speaking out and letting the administration know we need to protect the Tongass—thank you!

We look forward to restoring full protections to the Tongass. Additionally, we’ll continue working with lawmakers to make the Roadless Rule permanent in the months and years ahead.

5 reasons Tongass National Forest is worth fighting for

By the numbers: Why this ancient rainforest is an important climate solution