How the National Environmental Policy Act gives the public a voice

On Sept. 14, the current administration put into effect  regulations that would essentially gut the National Environmental Policy Act (NEPA). The news comes months after an executive order allowing federal agencies to ignore NEPA and other laws so they can speed up projects like mines, highways and pipelines.

For 50 years, NEPA has required the government consider how a project will affect the environment and local communities, and it gives the people who will have to live with the consequences a fair chance to weigh in on it. Before an agency gets started, it first needs to explain and justify its plan—offering it up for public scrutiny, considering alternative options, accepting feedback about it and analyzing potential impacts.

The recent changes, like other attacks on NEPA, stand to especially hurt communities with less access to financial and legal resources. To understand why, let’s take a look at how this crucial and little-discussed law works.

How public input is supposed to happen under NEPA

The NEPA process is designed to offer the public several opportunities to be involved in deciding an outcome.

Say a federal agency wants to start a project—building a road, damming a river or even approving a permit for a company to drill on publicly owned property. Unless the project falls into a category of routine actions already known not to significantly affect the environment (think mowing the lawn or filling in potholes), the agency will prepare a report called an Environmental Assessment that basically summarizes the likely consequences of that project. If it seems like those consequences will be significant, the agency moves on to prepare a more detailed report.

This is the part of the process where the public plays an especially important role, beginning with what is called “scoping.” That’s when an agency solicits input—for example, through public meetings or online comments—about what specific environmental impacts the government should be considering (in other words, the “scope” of the review) and what alternative courses of action should be on the table. After the agency considers that input, it conducts a full environmental review and produces draft findings in an Environmental Impact Statement. The draft Environmental Impact Statement is once again subjected to public review and comment before the agency arrives at a final report and makes a decision about which course of action to take. 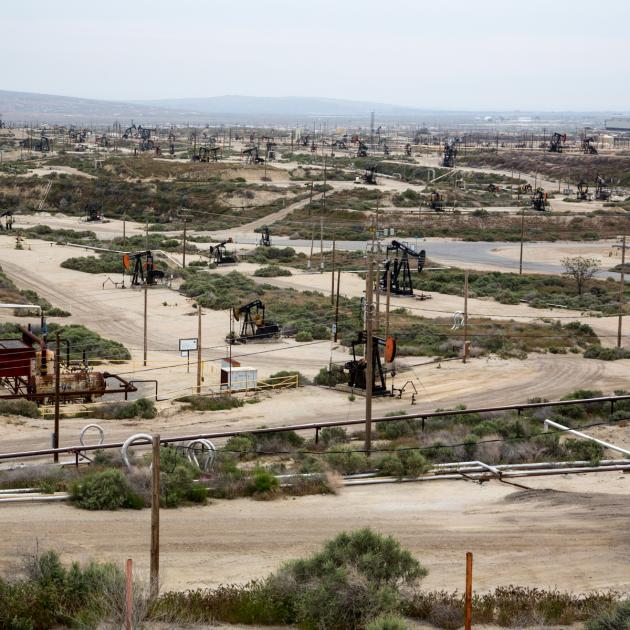 Proposals would give federal agencies a permission slip to ignore how their own actions might contribute to climate change.

It can be a complicated process, but the bottom line is that you, the people, are supposed to have a bunch of chances to raise your concerns before a backhoe or drilling rig ever touches the ground.

A good example of the process can be found at a former uranium mill site near Moab, Utah. After the mill closed its doors in the 1980s, the company that had managed it proposed to “cap” millions of tons of radioactive uranium tailings, storing the waste on the spot. But the site sat on the banks of the Colorado River, endangering the entire watershed and posing a threat to the drinking water of millions of people downstream.

The U.S. Nuclear Regulatory Commission initially said the tailings wouldn’t hurt the environment, but locals, banding together with non-profit advocacy groups, were still concerned; the Salt Lake Tribune reported in September 1998 that attendees of a public meeting in Moab echoed a message spelled out with rocks on the tailing site itself: "Move me!"

Without NEPA, it’s possible we’d be looking back at an uninterrupted decade of radioactive waste leeching into the water supply near Moab, Utah

Eventually, the Department of Energy, which had recently released a report showing uranium concentrations in groundwater surrounding the site were 52 times higher than “acceptable limits,” assumed responsibility for cleaning up the site and launched its own scoping process under NEPA.

In part spurred by comments gathered under that NEPA process, the Department of Energy developed a plan to move the tailings to a secure, multilayered disposal cell 32 miles away, far from a major body of water. The massive cleanup project has been going on for more than 10 years, along with a project to capture contaminants from the tailings that remain. But in that time, we’ve learned even more about the health threats posed by uranium tailings. Without NEPA, it’s possible we’d be looking back at an uninterrupted decade of radioactive waste leeching into the water supply and making people sick in nearby communities.

In short, NEPA requires the federal government to “look before [it] leap[s].” If an agency wants to build a trash incinerator, dam a river, widen a highway or log a forest, it must first both formally consider how that project will affect the environment and make sure nearby communities—the people who will have to live with the consequences—get a fair chance to weigh in on whether it’s a good idea.

It’s been a critically important tool for our democracy, ensuring transparency and accountability from large and complicated decision-making entities that could all too easily operate independent of what actually affects people “on the ground.”

Recent changes to the law leave frontline communities—predominantly people of color and indigenous and low-income populations, those disproportionately impacted by environmental threats—exposed to harm. Now more than ever, we’re committed to standing up for NEPA and ensuring the public keeps its voice.

People need to know what their government is doing to the environment; this law makes it possible

Donate today and your gift will be MATCHED by a generous donor, tripling your impact up to $500,000