The Washington Post's Juliet Eilperin reported on April 19 that new findings on the behavior of tyrannosaurs are supported by fossil evidence uncovered in Utah’s Grand Staircase-Escalante National Monument over the last few years. Experts determined the tyrannosaurs whose remains were discovered in the monument (from the Teratophoneus genus) were likely social predators, meaning they may have hunted in packs like wolves, upending the traditional notion of the solitary stalking predator.

The fossils were unearthed in what scientists refer to as the “Rainbows and Unicorns Quarry”--so named because it’s been a reliable source of surprising and paradigm-shifting discoveries.

Grand Staircase-Escalante has long been considered an usually rich source of fossils, including of dinosaurs. The Rainbows and Unicorns Quarry is found on the Kaiparowits Formation, a sedimentary rock array that is somewhere between 72 and 83 million years old. By some accounts, it could contain "the best and most continuous record of Late Cretaceous terrestrial life in the world” (part of the reason President Bill Clinton protected it under the Antiquities Act).

Indeed, though only a tiny fraction of the area has been excavated by paleontologists, it has already proven unusually fruitful, yielding the only known specimen of a new Triceratops ancestor in 1998 among other fossils. Experts think there are many more bones waiting to be unearthed in the once-swampy region, as attested by the 2013 discovery of a brand new species closely related to Tyrannosaurus Rex.

Trump rollbacks made space for development, threatened fossils and research

When then-President Trump unlawfully rolled back protections for Grand Staircase-Escalante in 2017, it paved the way for coal, oil, gas and tar sand development in many areas with enormous potential for fossil finds.

Maps based on Bureau of Land Management (BLM) data reflect that early half (46 percent) of the lands eliminated from Grand Staircase-Escalante National Monument have high or very high fossil potential, and nearly 250,000 acres of these lands directly conflict with energy development areas:

In many areas, the “Trump boundaries” were drawn almost exactly along the lines of energy development areas eyed by industry. More than 700 scientifically important fossil sites were cut out of those new monument boundaries. The new tyrannosaur findings were not made on land cut from the monument by Trump, but they do illustrate the dangers of his rollbacks, and of attacks on public lands more broadly.

Similarly, and even more dismaying, in 2018, it was announced that a unique and scientifically important cache of Phytosaurs, crocodile-like reptiles, had been found on lands eliminated from Bears Ears National Monument. 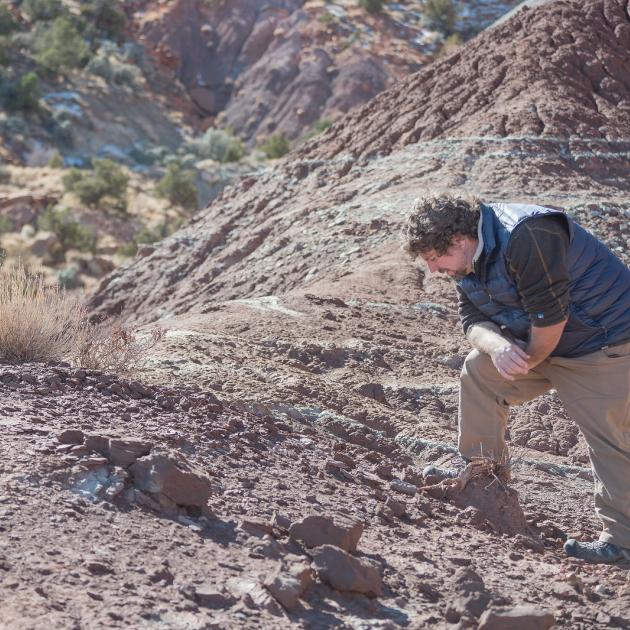 In late 2017, as some of the unearthed fossils were being analyzed by researchers, Trump made his legally dubious decision to shrink Bears Ears by 85 percent, putting the fossil bed outside of the monument-protected area and threatening the dig's funding.

Trump’s cuts happened while some of those unearthed fossils were being analyzed by researchers, suddenly putting the fossil bed outside of the monument-protected area and threatening the dig's funding. Highlighting some of the dangers facing such fossil sites absent monument status, researchers uncovered one specimen that bore telltale signs of looting.

12 parks and monuments filled with dinosaurs