The history of the Land and Water Conservation Fund, a critical tool supporting parks and outdoor recreation

The Land and Water Conservation Fund (LWCF) has secured full and permanent funding through the Great American Outdoors Act, finally positioning the program to live up to its potential as a tool to guarantee access to public lands, protect habitat and strengthen communities through conservation and outdoor recreation.

Now signed into law, the bill represents the first step toward something greater, but also the culmination of a long and winding journey. Since 1964, when Congress passed LWCF and President Lyndon Johnson signed it, the program has been used to preserve millions of acres of irreplaceable land from coast to coast. Many of our communities have been shaped by this law in ways we probably don’t even recognize, whether by the maintenance of a running trail, preservation of a historic battlefield or creation of a local park or swimming pool. Now a mainstay of our parks, this program was born of an elegant idea: when we deplete shared natural resources, it’s only right to re-invest the proceeds back into the public lands and waters we love.

The history of the LWCF

In the late 1950s, national parks were incredibly popular. In fact, the huge crowds made park maintenance increasingly difficult, and in some cases even cut into the peacefulness and serenity that made these places so special. Recognizing the increasing need for outdoor recreation opportunities, Congress convened the Outdoor Recreation Resources Review Commission (ORRRC) to consider what America’s outdoor recreation needs would be both 20 years and 50 years hence. The findings of that commission, released in 1961, have been credited with paving the way for a number of conservation laws, but many consider the LWCF to be the most significant policy initiative to emerge from that process.

Among other things, the ORRRC concluded that the federal government and individual states should act to preserve and develop outdoor recreation resources for all people, including “acquir[ing] additional [public land] areas where necessary.” It suggested a new program be established to fund those additions. After the report was published, legislation was introduced to launch such a program, and, during his final year in office, President John F. Kennedy emphasized its importance. Bipartisan support developed around the idea, and the Land and Water Conservation Fund Act passed both the House and Senate in 1964. Kennedy’s successor, President Lyndon Johnson, signed it into law at the same ceremony as the Wilderness Act, making September 3, 1964 one of the most important dates in land conservation history.

How the LWCF works

In 1964, national park acreage had barely grown since World War II, and LWCF thus represented a critical step forward: a long-term investment in public lands conservation. The bill authorized expenditure of $900 million each year for acquiring park inholdings (parcels of private land within the borders of parks, offered by willing sellers). By acquiring these pieces of land, the federal government could manage entire landscapes, making it easier to protect wildlife habitat, connect trails and provide access to a variety of outdoor recreation activities.

The money to do this was to be taken from the sale of surplus federal property, park entrance and permit fees and a motorboat fuel tax. In 1968, revenue from offshore oil leases was added to the list (the vast majority of LWCF monies now come from the latter source). Congress crafted this “asset-for-asset” reinvestment concept so that there would be a steady stream of funds  available to add on to our parks and protected areas. Even Interior Secretary James G. Watt, later heavily criticized for presiding over a Reagan administration that exploited public lands and weakened conservation measures, praised the LWCF as “one of the most effective preservation and conservation programs in America” in his 1981 introductory address before the Senate Energy and Natural Resources Committee.

In addition to federal land protection, the LWCF is used to provide matching grants to states and communities so they can protect and create local parks and provide various other outdoor recreation opportunities. In this capacity, the program has supported tens of thousands of close-to-home conservation projects that enrich the lives of communities in all 50 states and nearly every single county.

In the years since it became law, the LWCF has been used to protect land that completes or protects sites as varied as national forests and historic battlefields, all without receiving taxpayer money. Though its name may be unfamiliar, you have almost certainly enjoyed some of the places it has supported, from American icons like Gettysburg National Military Park, the Grand Canyon and Everglades National Park, to local trails and sports fields just around the corner.

A commitment long ignored—but hope for the future

As the conservation focus of the 1960s faded, LWCF remained a popular and effective program—and it was needed more than ever. Despite this, the Reagan administration suspended further park purchases in 1981, ushering in a long period when little money was put into the LWCF, despite its promise of a $900 million-a-year investment. Interior Secretary Watts effectively recanted his past pro-LWCF statement, saying that his department’s focus should be capital improvements and repairs in existing parks, rather than protecting new land. Many critics saw this as a way to freeze land conservation in its tracks. In the following years, conditions improved somewhat—the Clinton administration became the first ever to include the entire $900 million in a proposed federal budget—but full LWCF funding repeatedly failed to break through in Congress, despite significant support on both sides of the aisle.

That has been the through-line of the last 20 years: though LWCF was used to protect iconic landscapes in all 50 states, and for over 42,000 state and local projects touching every county in the U.S., preventing its funds from being siphoned away became a perennial struggle. Some $22 billion has reportedly been diverted from the LWCF trust fund by Congress over the program’s lifetime, leaving many development projects unfinished and parcels of land unprotected. Funding levels have approached the amount authorized in the original legislation only twice, even as new pressures lead wildlands and shared spaces to become developed, fragmented or otherwise damaged.

In 2015, amid pressure from special interests and a few fringe lawmakers, Congress allowed LWCF’s initial 50-year authorization to lapse for several months before they could strike a deal for temporary renewal. Congress finally permanently reauthorized LWCF in 2019, but the yearly fight to route the program’s money to parks and public lands continued. 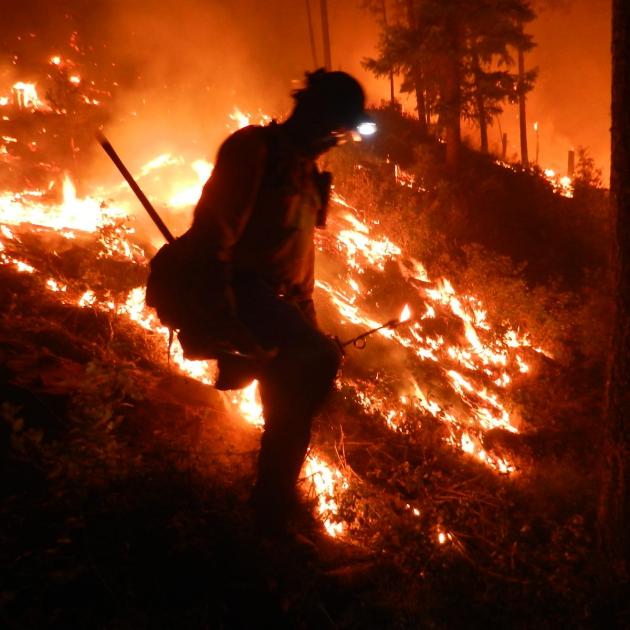 How LWCF can help meet the challenges of climate change

Currently, the backlog of conservation needs stands in the tens of billions of dollars. In withholding the funds intended for LWCF, Congress has ignored that backlog, and also the will of most Americans: a 2020 survey found that nearly three-quarters of voters in western states wanted the LWCF to be fully funded. What’s more, an analysis of the return on investment from LWCF funds found that every $1 invested returned $4 in economic value. Put simply, the LWCF is a force for good, and lawmakers should not neglect it.

Now, with Congress fully and permanently funding LWCF, we can make good on the visionary promise of 1964. Especially as we learn more about climate change and the devastating effects it’s already having on people and wildlife, the program can and should be our number-one tool to strengthen communities and ecosystems through conservation and improved access to outdoor recreation.

5 ways LWCF can help confront the impacts of climate change