The BLM has a scary plan for wildlands in Colorado

Less than 1% of wilderness-quality lands would remain protected

In the summer of 1893, author Katherine Lee Bates stood on Pikes Peak in south-central Colorado and looked out over Colorado Springs. Bates was so inspired by the breathtaking views that she took pen to paper and wrote of spacious skies and purple mountain majesties. The resulting poem became the nation's unofficial hymn “America the Beautiful.”

More than 120 years later, Colorado’s public lands continue to awe locals and visitors from all over the country. But a big portion of the state’s wildlands – not too far away from where Bates stood – is at risk of being transformed into oil and gas sites, roads, and other types of development.

Since 2014, the Bureau of Land Management (BLM)’s Royal Gorge Field Office has been rethinking how to manage 658,000 acres of public lands in south-central Colorado. The agency laid out a number of alternatives over the years with various strategies for balancing protection and development. However, in a recent Draft Environmental Impact Statement, the BLM backed a proposal that fails to conserve wildlands and carelessly prioritizes development.

As part of this plan, the agency would dramatically reduce the acreage of lands protected as Areas of Critical Environmental Concern (ACEC) in eastern Colorado by almost 60%. These lands have a special designation to safeguard wildlife and natural resources. That includes the Grape Creek ACEC southwest of Cañon City, which would be cut from 18,200 to only 2,300 acres. The area is known for rocky canyons, wetlands and wildlife, including mule deer, mountain lion and trout. But it has long been sought after by mining companies.

The proposal would also slash 190,000 acres identified by the agency as “Lands with Wilderness Characteristics (LWC),” leaving less than 1% of them safe from development. Although they are not designated protected areas, these lands are labeled for their naturalness and isolation. This includes areas in the Arkansas River Valley, one of America’s most popular whitewater rafting destinations.

"I think I speak for a lot of people when I say this is a terrible idea," says Curtiz Nimz, a 68-year-old retired systems engineer who lives in Colorado Springs. He is an avid hiker and at least twice a week explores different wildlands in the area.

"I can only imagine four-wheel vehicles going up these pristine landscapes and just tearing them up," says Nimz.

The BLM’s proposed strategy for management of these special areas would not only threaten the state’s biodiversity and wildlife, but also strip Coloradans of important recreation opportunities. Many of the affected areas are located alongside the Arkansas River and are a hot spot for whitewater rafting, hiking, backpacking, riding horses and photographing nature.

The move is another example of the Trump administration’s “energy dominance” agenda that recklessly prioritizes energy development at the expense safeguarding sensitive wildlands that have existed unspoiled for generations.

There’s still time to oppose this terrible idea. The public has until September 20 to leave a comment for the BLM stating they want these lands to remain protected.

Coloradans speak up against the plan 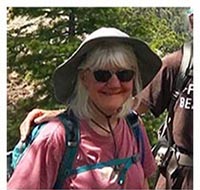 Unwinding at Grape Creek
"I try to go out for hikes to get away from civilization, cars, noise and crowds. And I’m concerned about construction in some of the areas that I enjoy, especially around Grape Creek. The area's main charm is the rugged and Rocky Mountains with multicolored layers and deep lines where rivers and creeks cut through. There’s long been a mining interest in that region and I fear that if development is permitted, the land would never recover."
Rostia Stoecker, 65 years old
School Teacher 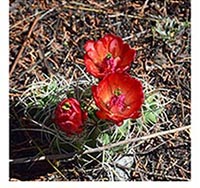 Flower spotting in the Arkansas River Valley
“One of my favorite places to hike is the pinion-juniper forest in the Arkansas River Valley, near the McIntyre Hills Wilderness Study Area. There are few trails, so you have to make your way up alongside streambeds, rocks and scattered trees. When you reach the top of a hill you can see forever. It’s a great place to photograph flowers, including the bright red claret cup cactus, and to spot wildlife like the bighorn sheep. I'm appalled that the BLM plan directly threatens this land."
Curt Nimz, 68 years old
Retired Systems Engineer

Join the movement to save our wildlands .