Every year, millions of visits are made to America’s designated Wilderness Areas.

Some of these are backcountry camping trips to places far off the beaten path, while others are day hikes in natural areas neighboring large cities.

Wilderness visits are part of the reason these areas are protected, but visitors are also responsible for caring for these places too. Recreationists of all kinds are encouraged to observe leave no trace principles, and to try to spread their visits out throughout the week to avert overcrowded weekends.

In honor of the 50th anniversary of the Wilderness Act in 2014 we invite you to learn more about some of the nation’s most popular wilderness areas.

This wilderness area is considered one of the most visited in all of America. Located at the Canadian border, Boundary Waters has almost 2,200 backcountry camping sites, mostly accessible only by canoe. Fishing is popular as well, with dozens of species contributing to the diversity of life here - including wolves, otters, moose, beavers, frogs and bats. Wilderness Society founder Ernest Oberholtzer was one of the people primarily responsible for its protection under the Wilderness Act 50 years ago.

Sadly, a push to open sulfide mining operations near Boundary Waters could put the wilderness area at risk. If such companies are allowed to open mines, pollution from sulfuric acid, mercury and toxic metals could contaminate the lakes and rivers that flow into the Boundary Waters. This could have deep impacts on water quality, harming wildlife and fish in this wilderness area that so many Americans fought so hard to preserve. 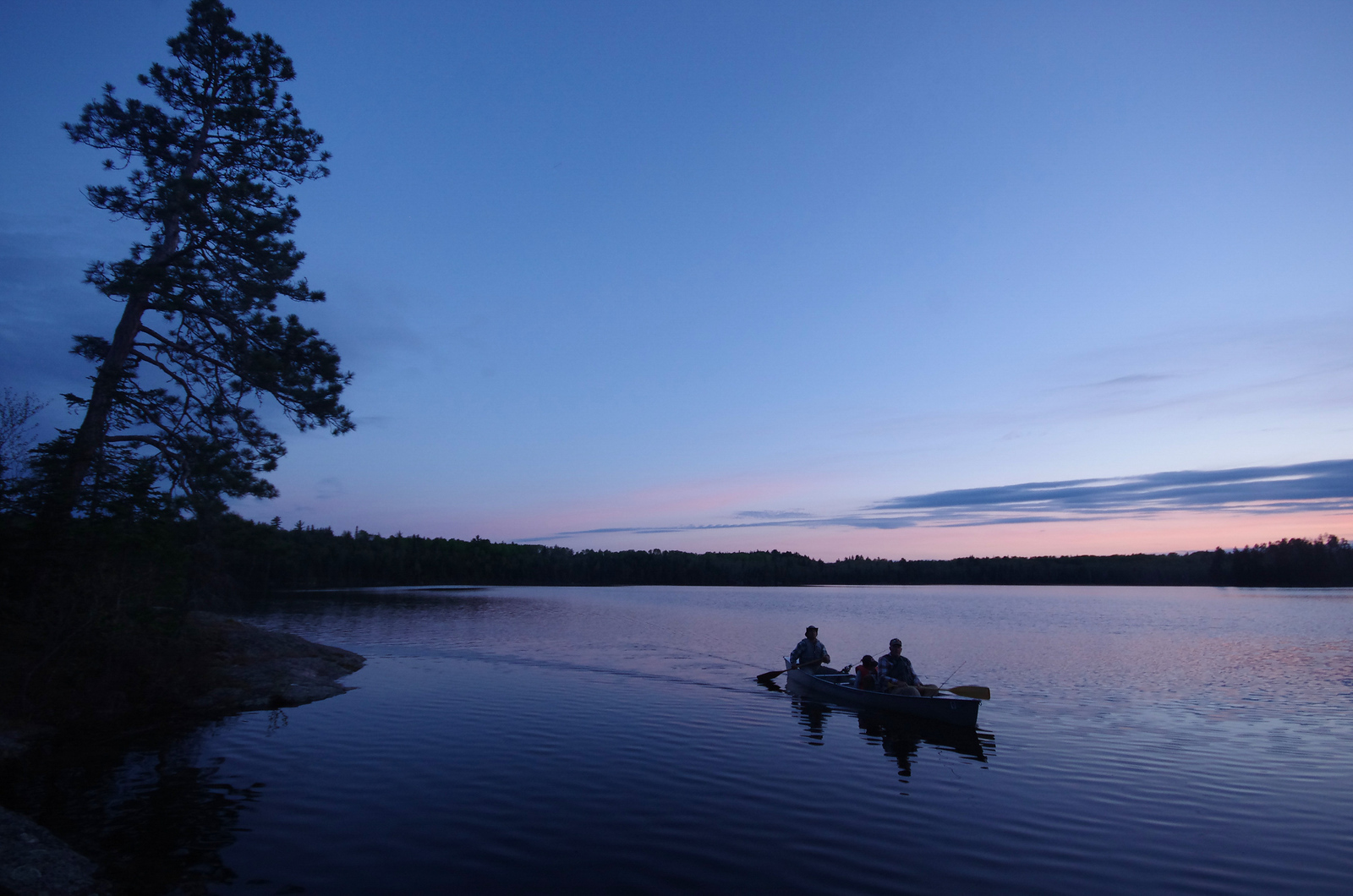 Just outside Albuquerque, Sandia’s popular trails can offer surprising solitude - if hikers are willing to climb side trails. On the western slopes of the small, granite Sandia Mountain range hikers may spy numerous birds of prey like raptors, golden eagles and various hawks. The Sandia Peak Aerial Tramway transports visitors to the peak for 2.7 miles, making it one of the longest trams in the world. 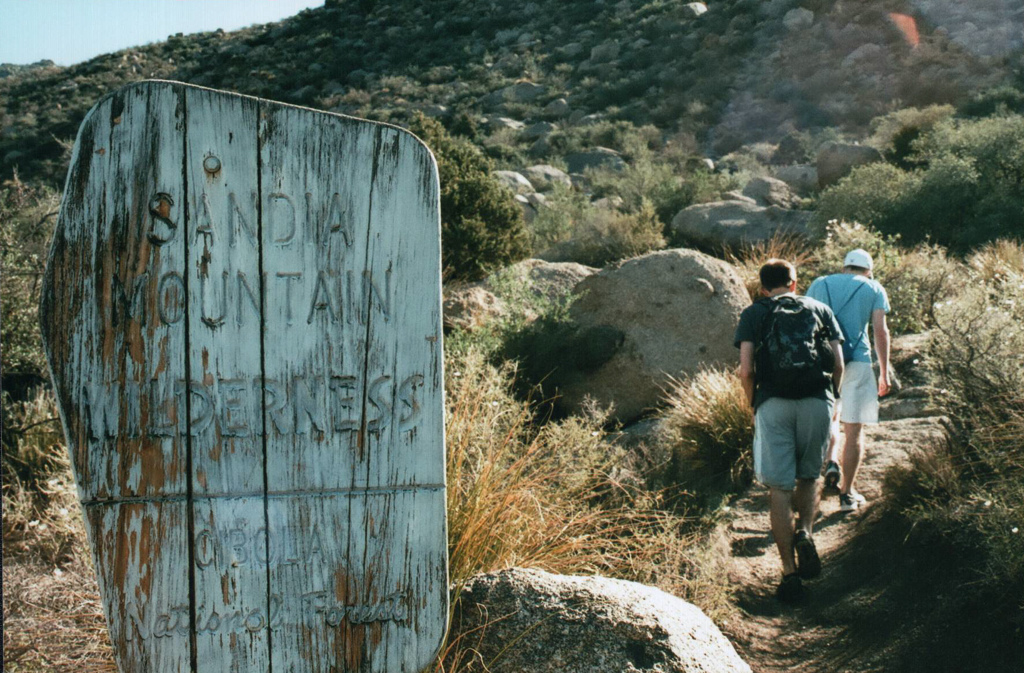 Stunning views and beautiful rock formations are conveniently accessed by trails outside Tucson. Pusch Ridge is a prominent landmark in the Santa Catalina Mountains, with elevations from 2,800 to 8,800 feet. Its cooler temperatures are an attraction in summer, but heavy foot traffic is threatening to wildlife. 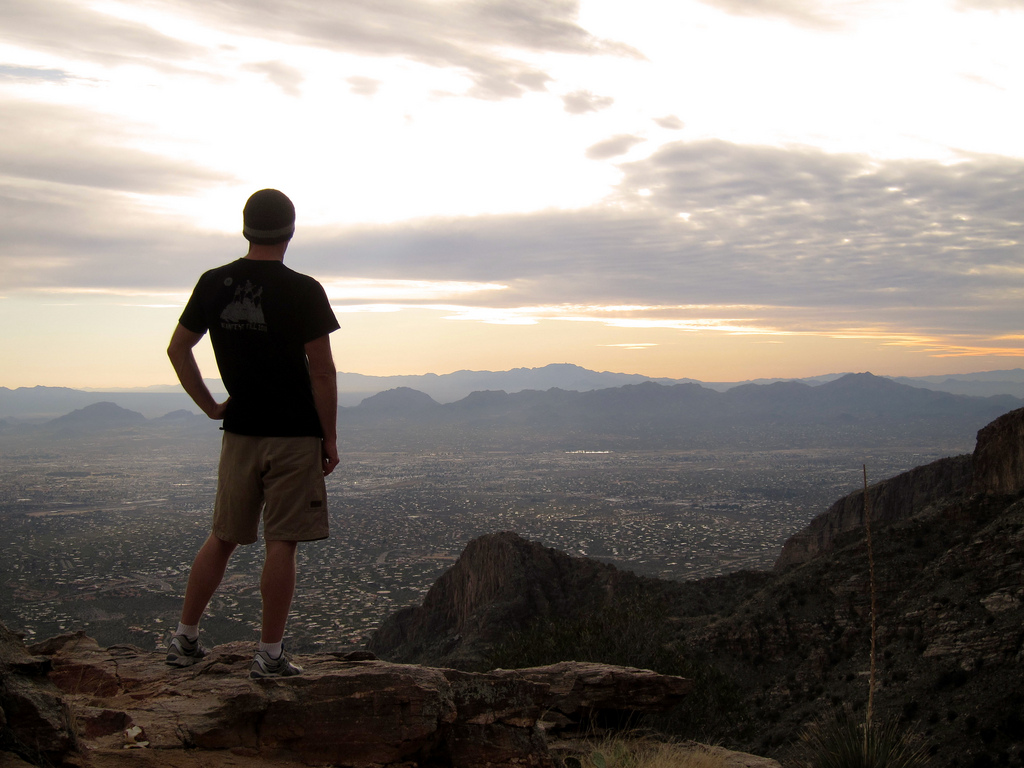 This Wilderness contains six of Colorado’s legendary “fourteeners”, including the two known as “the deadly bells” and Snowmass Mountain. Every year thousands of mountaineers brave difficult climbs to alpine lakes, like Maroon Lake, whose reflection of Maroon Bells is one of the state’s most photographic scenes.

Protected by the Wilderness Act 50 years ago, this wilderness area also hosts natural hot springs at Conundrum Creek. This may be the only Wilderness that has a shuttle bus for summer crowds. 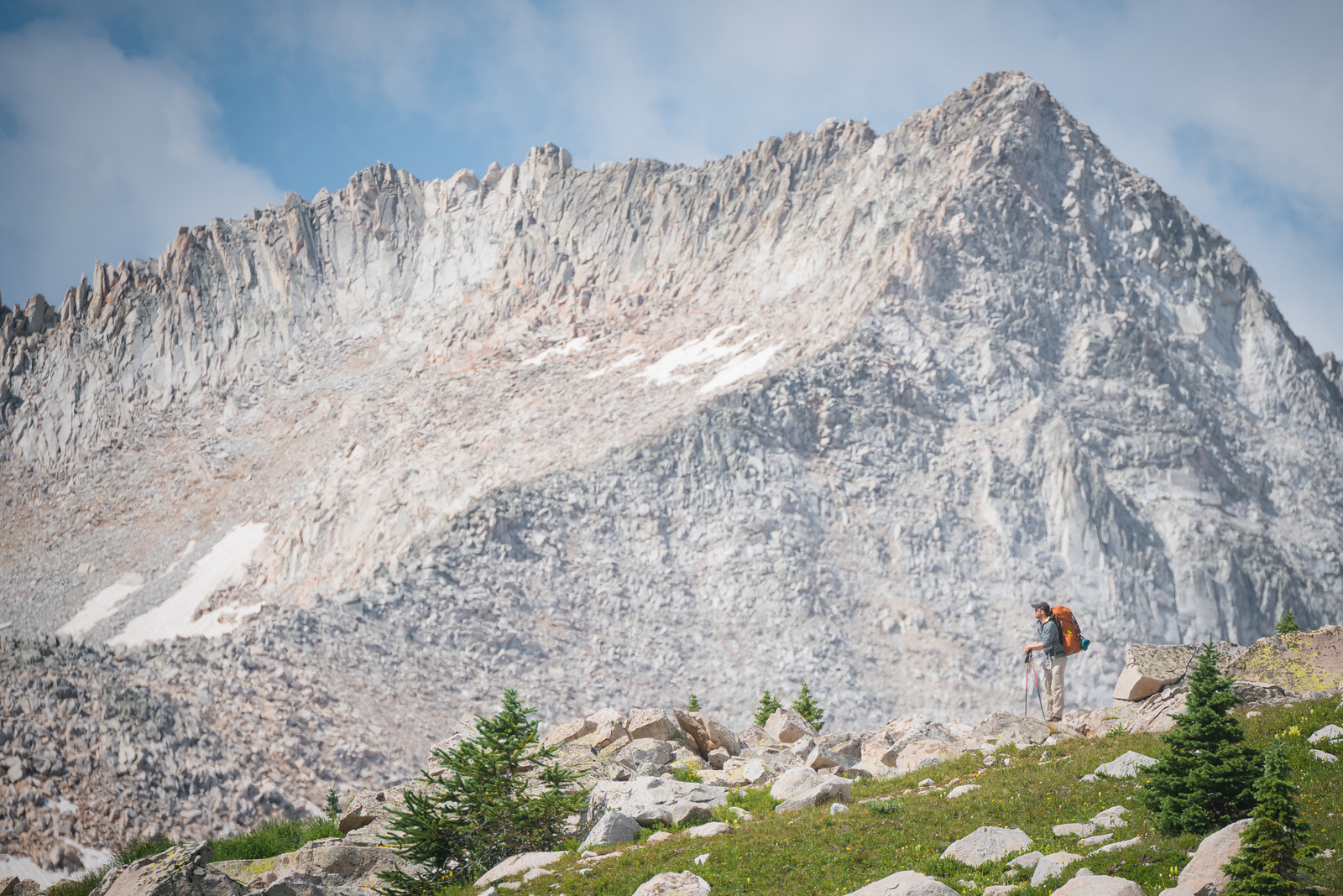 Four fourteeners are in the long and narrow Sangre de Cristo Wilderness, including the most challenging Crestone Needle. Most trails are rough and end at one of its 60 alpine lakes. Large aspen stands visible today are a result of heavy fires purposely set in the early 1900's to clear pasture land, expose minerals, and produce charcoal. 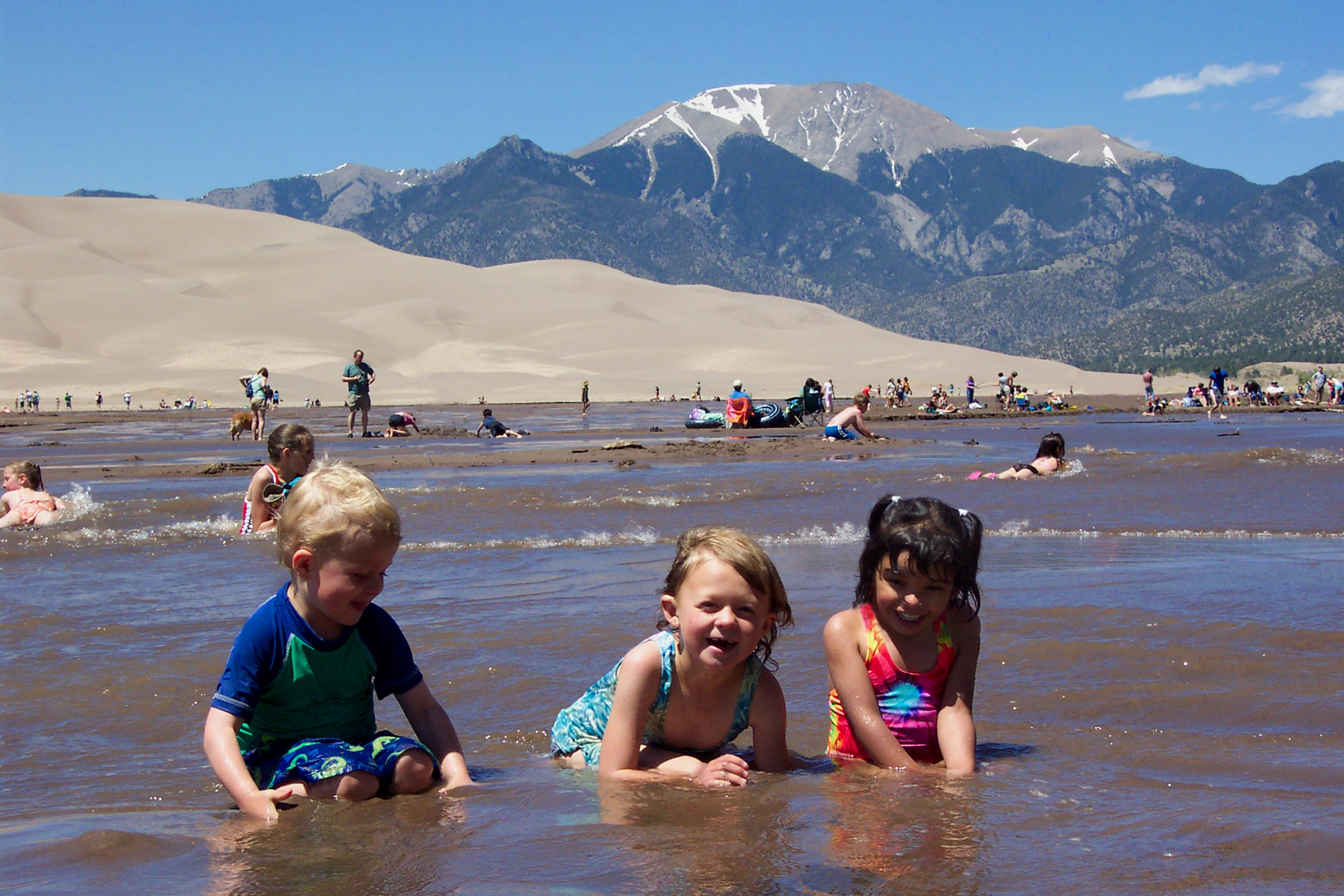 Mount Evans has two fourteeners, including the one closest to the city of Denver. To access the heart of the area, visitor must drive the highest paved road on the continent, the Mount Evans Scenic Byway.

Bighorn sheep and mountain goats roam its peaks. The area also has regions of watery arctic tundra, which are rare south of the Arctic Circle. 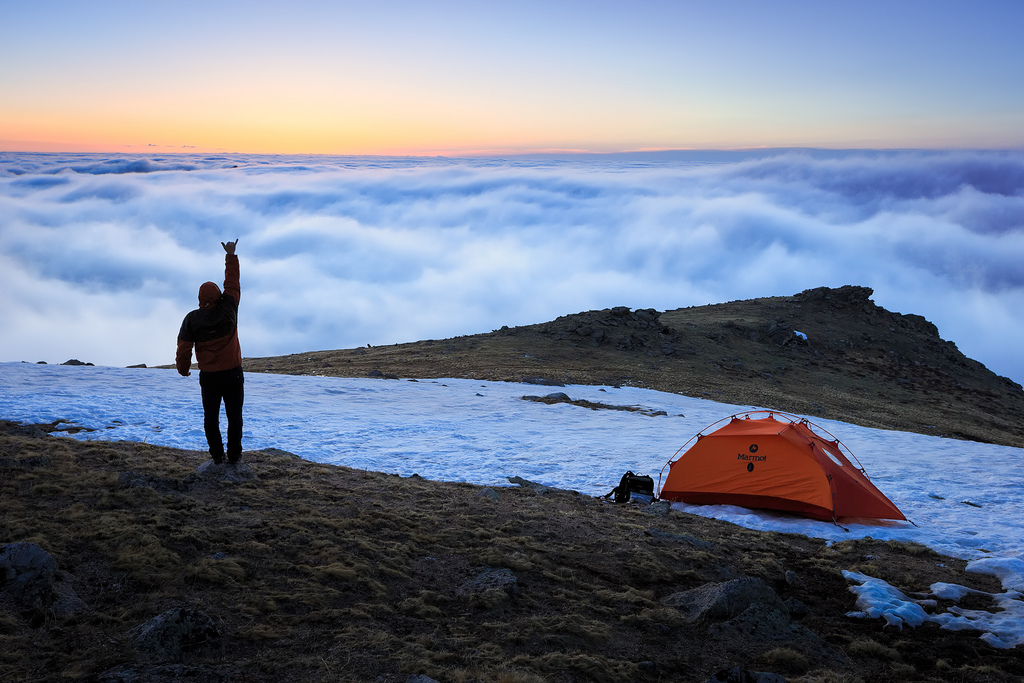 Forests of fir and hemlock trees greet visitors in the rugged, glacier-carved North Cascades, less than 50 miles from Seattle . This wilderness area boasts over 700 mountain lakes, including Enchantment, Mason, Melakwa, Snoqualmie and more. The area also contains headwaters for the Skykomish, Snoqualmie, Wenatchee and Yakima Rivers, and therefore is significant for water use in the region.

One of the most popular outdoor destinations in its state, Alpine Lakes contains part of the Pacific Crest Trail as well as Cashmere Crags, one of the best rock-climbing locales in the West. Visitors should be mindful of the many regulations in place to protect this fragile but well-liked wilderness area. 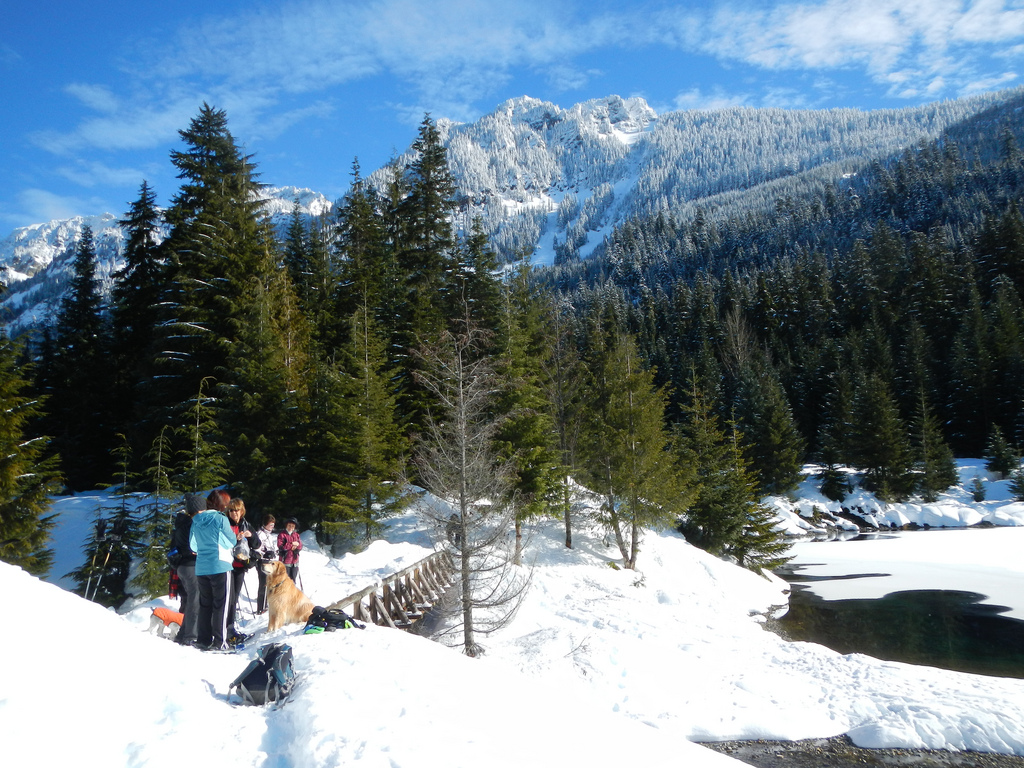 The second largest Wilderness area in Oregon was designated 50 years ago. The area is named for its three major volcanoes, and includes other geologic features like Rock Mesa, Collier Cone, and Yapoah Crater as well as lava flows and tubes. The large glaciers like Collier are exemplary of the Pacific Northwest’s glaciation.

The headwaters of the Wild and Scenic Whychus Creek invite brook and rainbow trout for fishers and hikers can trek a section of the Pacific Crest Trail.

Alpine meadows and waterfalls are irresistible attractions to its many visitors, some of which travel from the nearby city of Eugene. 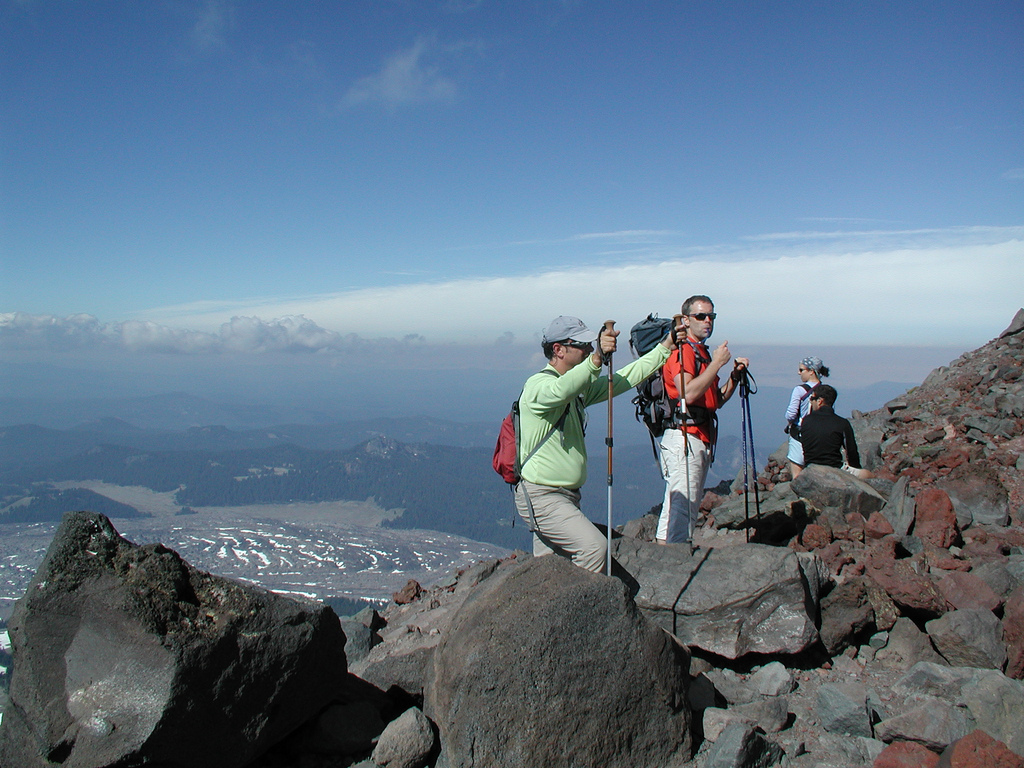 On the northern side of Mount Hood is an area just south of the Columbia River Gorge and near enough to Portland that it attracts many visitors.

Along with hiking on the Pacific Crest Trail, this wilderness also hosts rafting in Herman Creek, Eagle Creek and Tanner Creek and camping along waterfall-strewn Eagle Creek Trail. Mossy cliffs, forested plateaus and meadow ridges offer views of wildlife and majestic scenes of the Cascade Range. 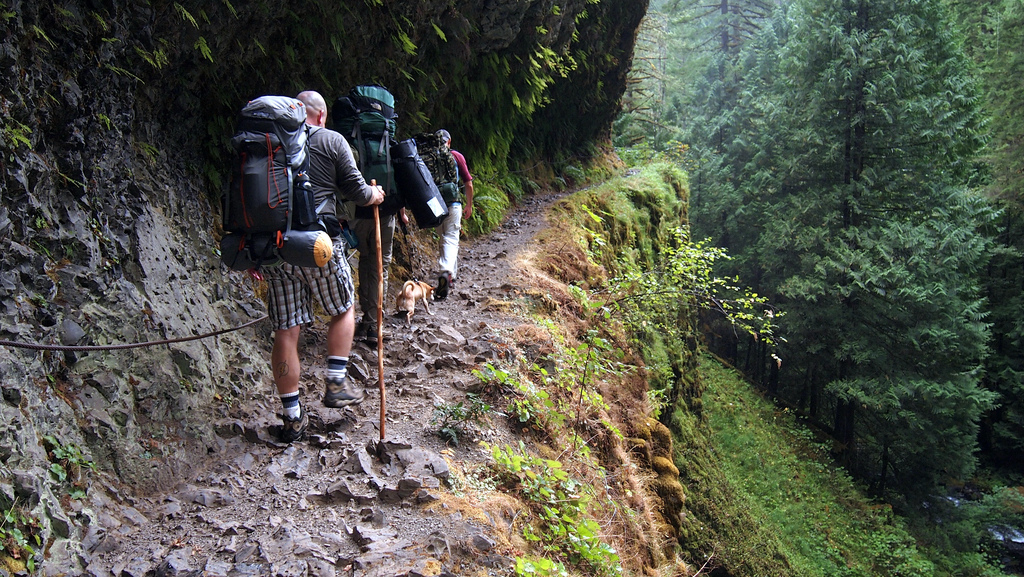 Desolation Wilderness is anything but desolate. It’s easily accessible from major cities in central California and therefore one of the most backpacked wildernesses in the country. Wrights, Echo, Eagle Falls and Fallen Leaf trailheads are the most heavily used, but there are important regulations throughout.

Just southwest of Lake Tahoe, Desolation has 130 lakes of its own as well as many streams and waterfalls. The Pacific Crest Trail crosses Dicks Pass here, which snow restricts access to until about mid-July. 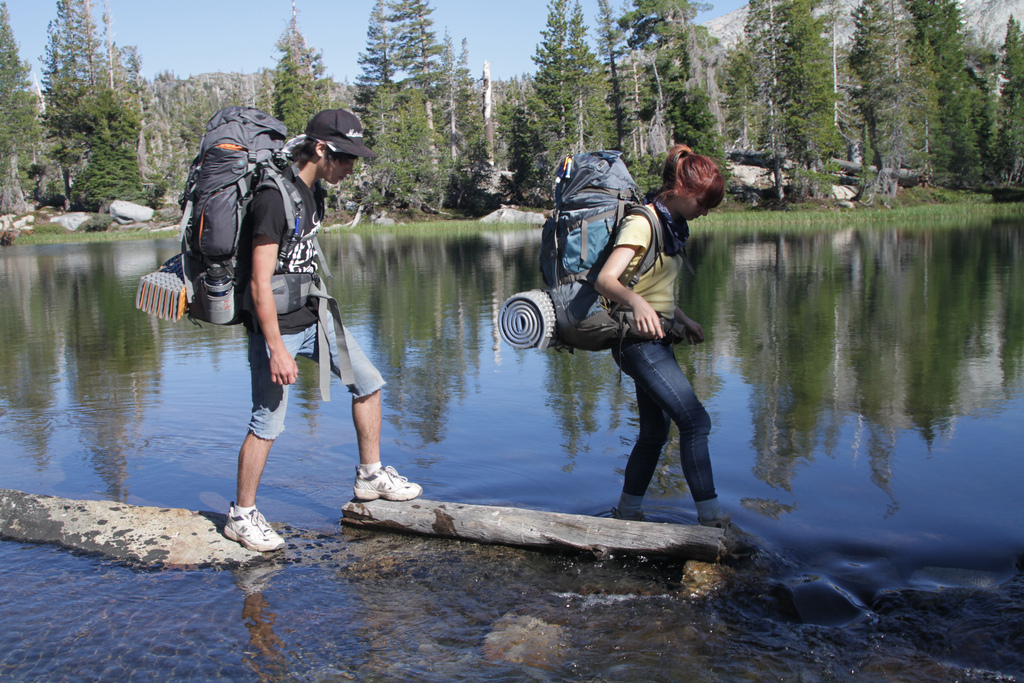 Running along the crest of the Sierra Nevadas is a wilderness filled with snow-capped granite peaks and expansive meadows.

The John Muir Wilderness was designated 50 years ago and is named after the revered advocate for wildlands. It has the largest contiguous area above 10,000 feet in the continental U.S. Wildlife includes marmots, pikas, Clark's nutcrackers, Golden Trout and black bears. With both the John Muir Trail and the Pacific Crest Trail, this wilderness is one of the very top visited in the country. 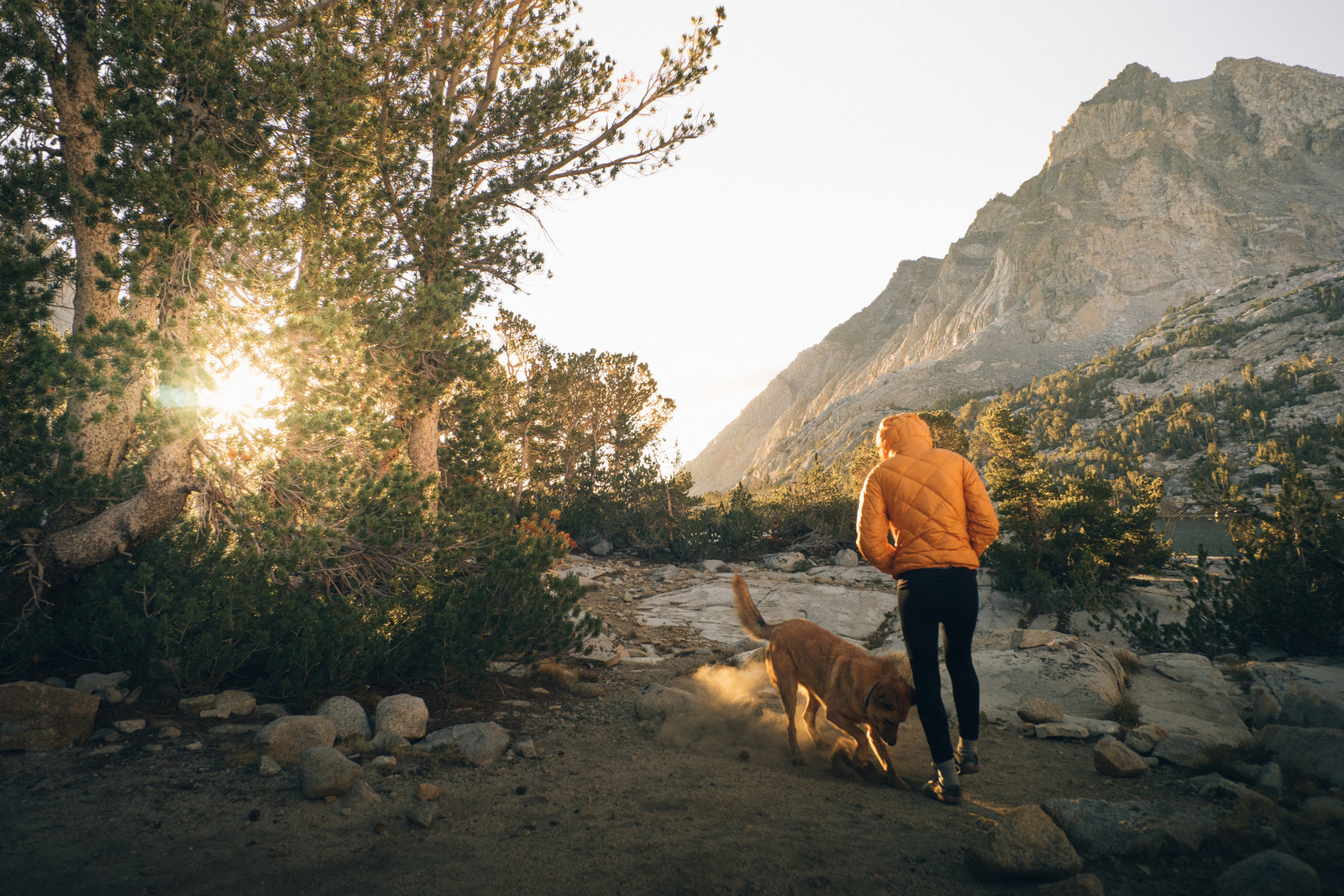 Just north of John Muir and at the southern boundary of Yosemite National Park is an area designated 50 years ago as Minarets Wilderness, named after the metavolcanic Minaret mountains that remain an attraction for rock climbers.

In the 80s it was renamed after Ansel Adams, the famous photographer of the Sierra Nevada and a former council member of the Wilderness Society. East of Ansel Adams’ Ritter Range is the most visited section: the Middle Fork of the San Joaquin River, which contains Devils Postpile National Monument. The Middle Fork flows from Thousand Island Lake, one of the largest backcountry lakes in the Sierra.

The John Muir and Pacific Crest Trails run through her as well, making it a hotspot for day hiking. 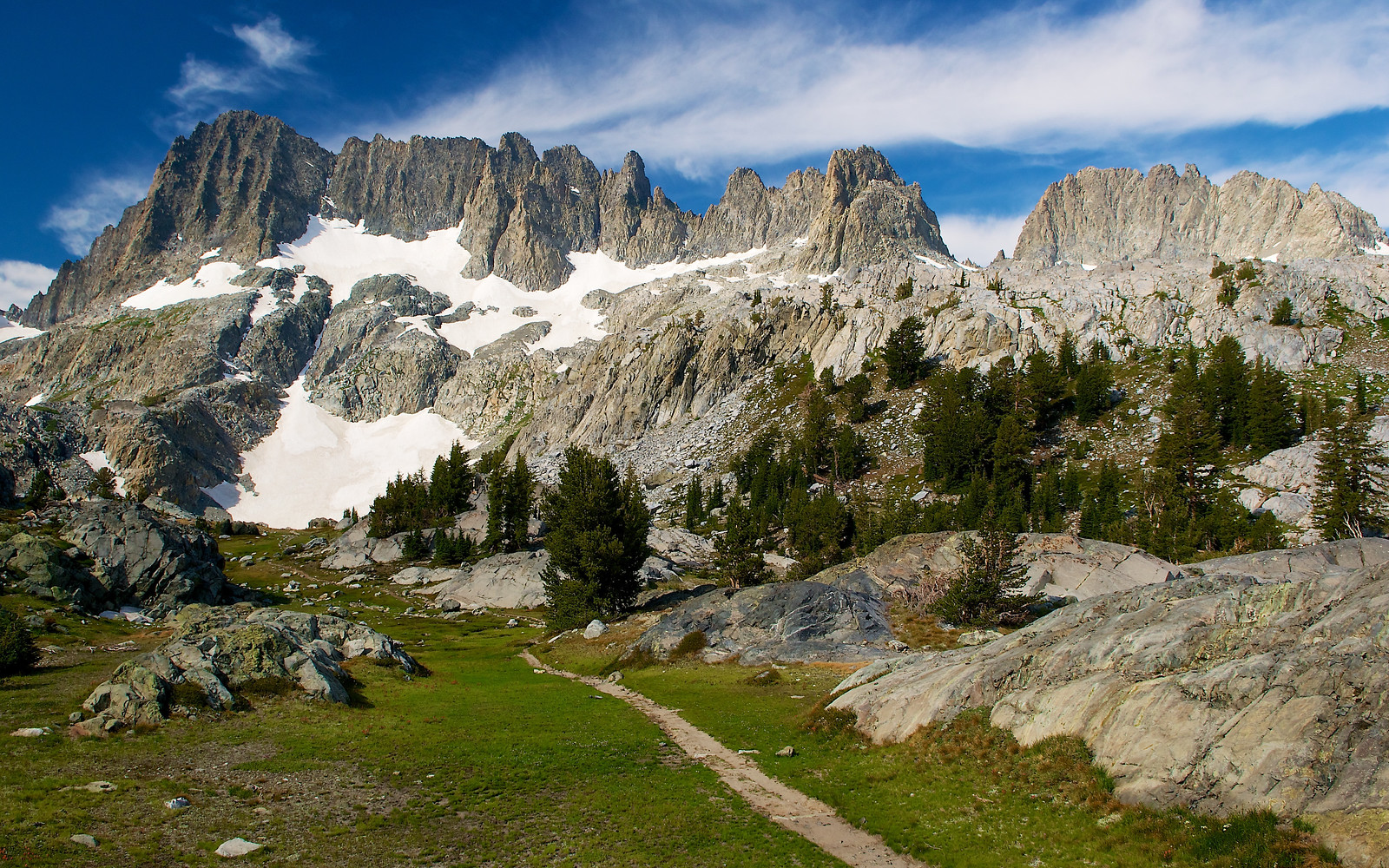 Mount Rose is a wilderness that borders on being urban, with parts running right to the edge of Reno. Proximity to the city leads many visitors to trails like Mount Rose, which receives over 100 people daily.

Other trails include Tahoe Rim, which encircles Lake Tahoe, and those that lead more serious hikers up the highest peak in the Carson Range, Mount Rose. Wildflowers and wildlife are attractions here as well. 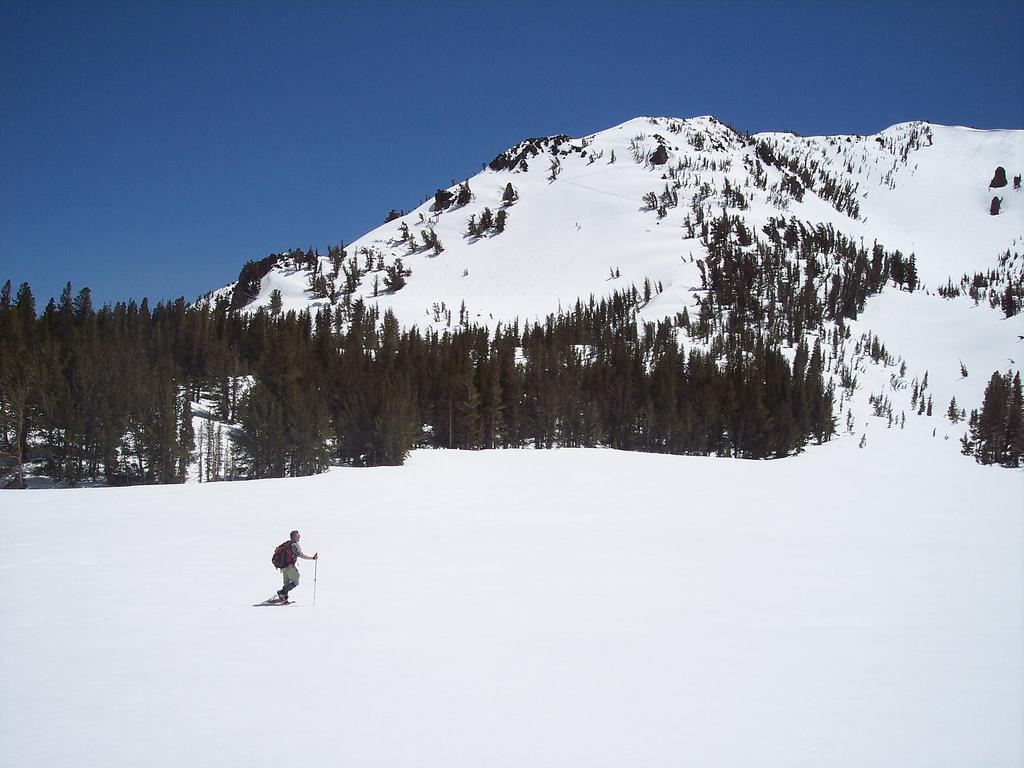 Utah’s Timpanogos has as reputation for its fantastic mountain climbing. People on weekend “Timp Hikes” can get into the thousands, so parking can be difficult at trailheads.

In summer, alpine meadows are covered in wildflowers like forget-me-nots, buttercups, bluebells and columbine. In forests of aspen, conifers, oak and maple visitors may spy Rocky Mountain goats, mule deer, elk and moose. 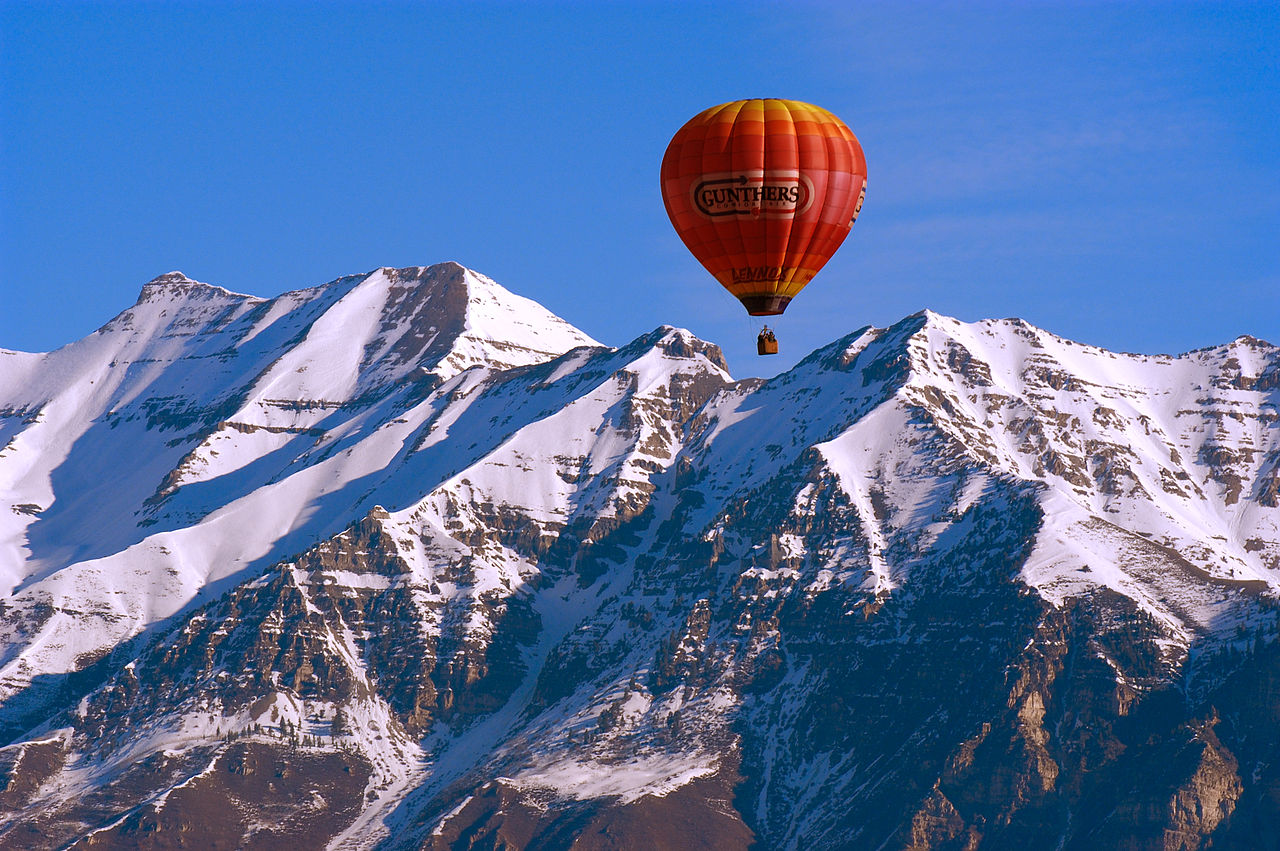 The Uinta Mountains, named for the Uintaat natives, are the highest peaks in the state and home to cougars, black bears, bighorn sheep, river otters and 75% of Utah's bird species. Hundreds of lakes feed cold rivers that carve through canyons, forming the headwaters of the state. 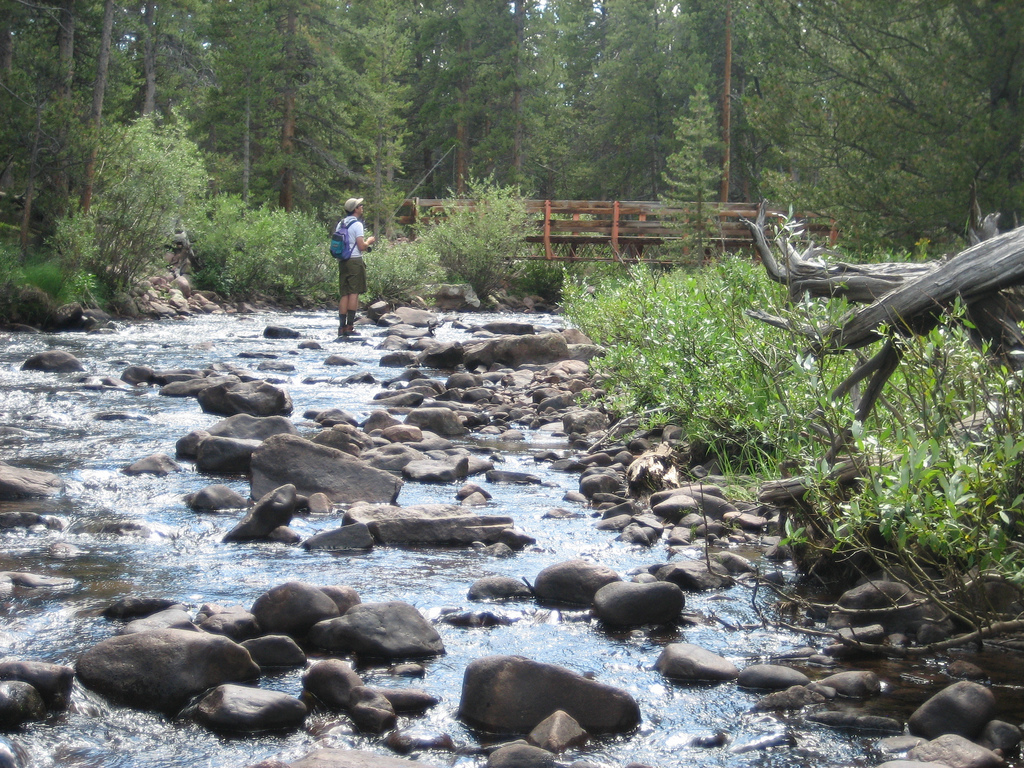 "The Grand Canyon of North Carolina" is one of the most scenic river gorges in the eastern U.S. Its rough terrain prevented clear-cutting so it remains one of only a few old growth forests in the Blue Ridge Mountains range.

Linville is the only gorge in the state without a road in the bottom and the only one in the nation designated as wilderness by the Wilderness Act that has never changed in acreage.

Visitors are drawn to rock climbing at Jonas Ridge, scenic viewing at Linville Falls as well as backpacking, hunting and fishing. Those seeking more solitude are advised to explore the southern half of the wilderness or the rough northern section around Brushy Ridge. 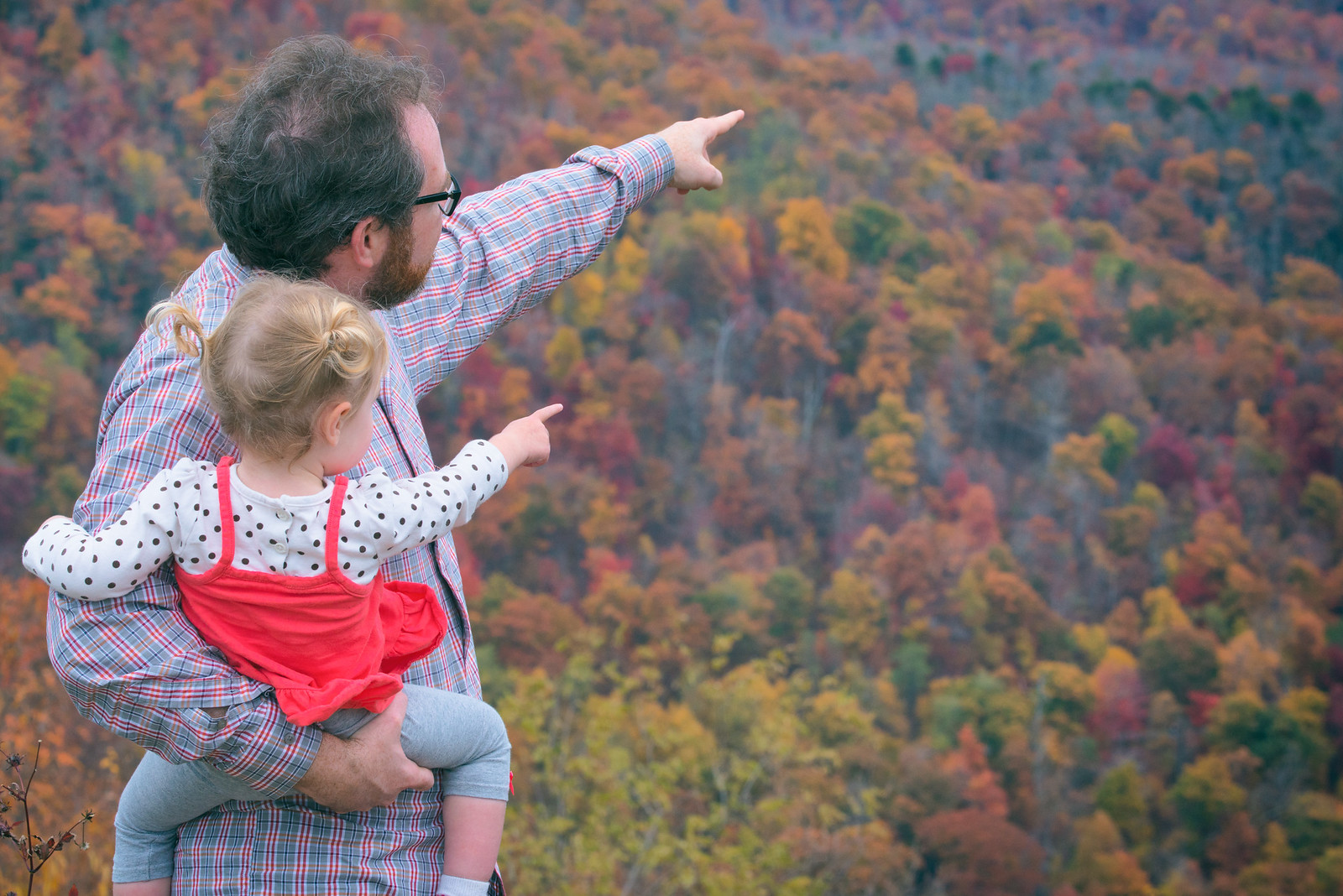 Shining Rock’s name comes from a white quartz outcropping near the peak of Shining Rock Mountain. The original 13,400 acres designated fifty years ago has since expanded to 18,483 acres.

The largest Wilderness in the state, Middle Prong Wilderness lies at its southwestern border. Strewn with streams, its West Fork of Pigeon River runs to Cold Mountain, the namesake of a novel and film set during the Civil War.

Logging and wildfires during the first half of last century are evidenced by grassy "balds" today. Despite hard-to-follow trails, this wilderness remains one of the most visited in the state, perhaps because it is the closest to the city of Asheville. 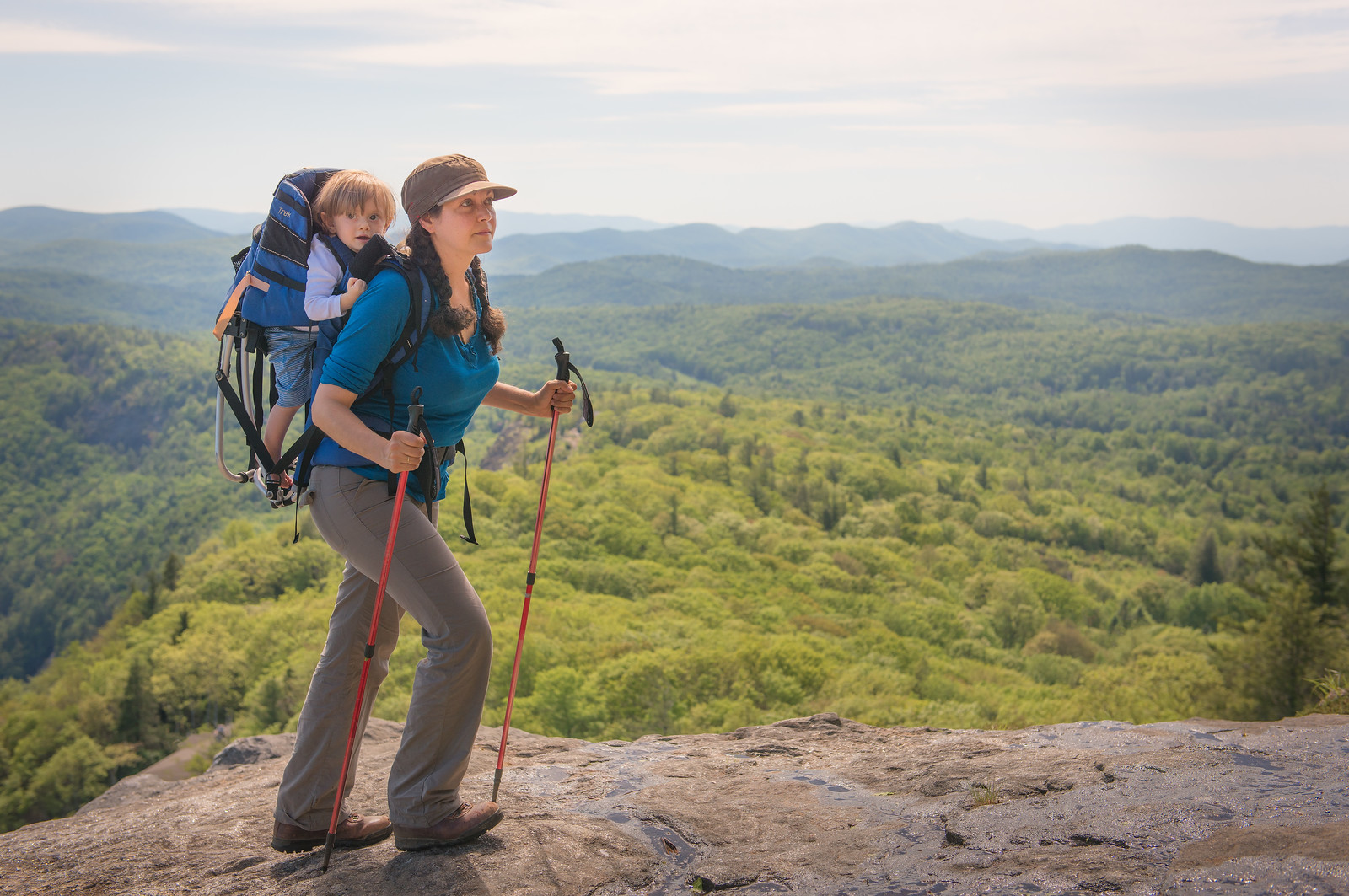 Shenandoah National Park is 40% wilderness, which includes about 175 miles of trails. Its proximity to the legendary Appalachian Trail as well as Skyline Drive means it is a well-visited one.

Visitors would never guess that its abundant forests were once nearly completely cleared. Thankfully, today they are home to many wild creatures, including deer, bears, bobcats, wild turkeys and about 200 other species of birds. 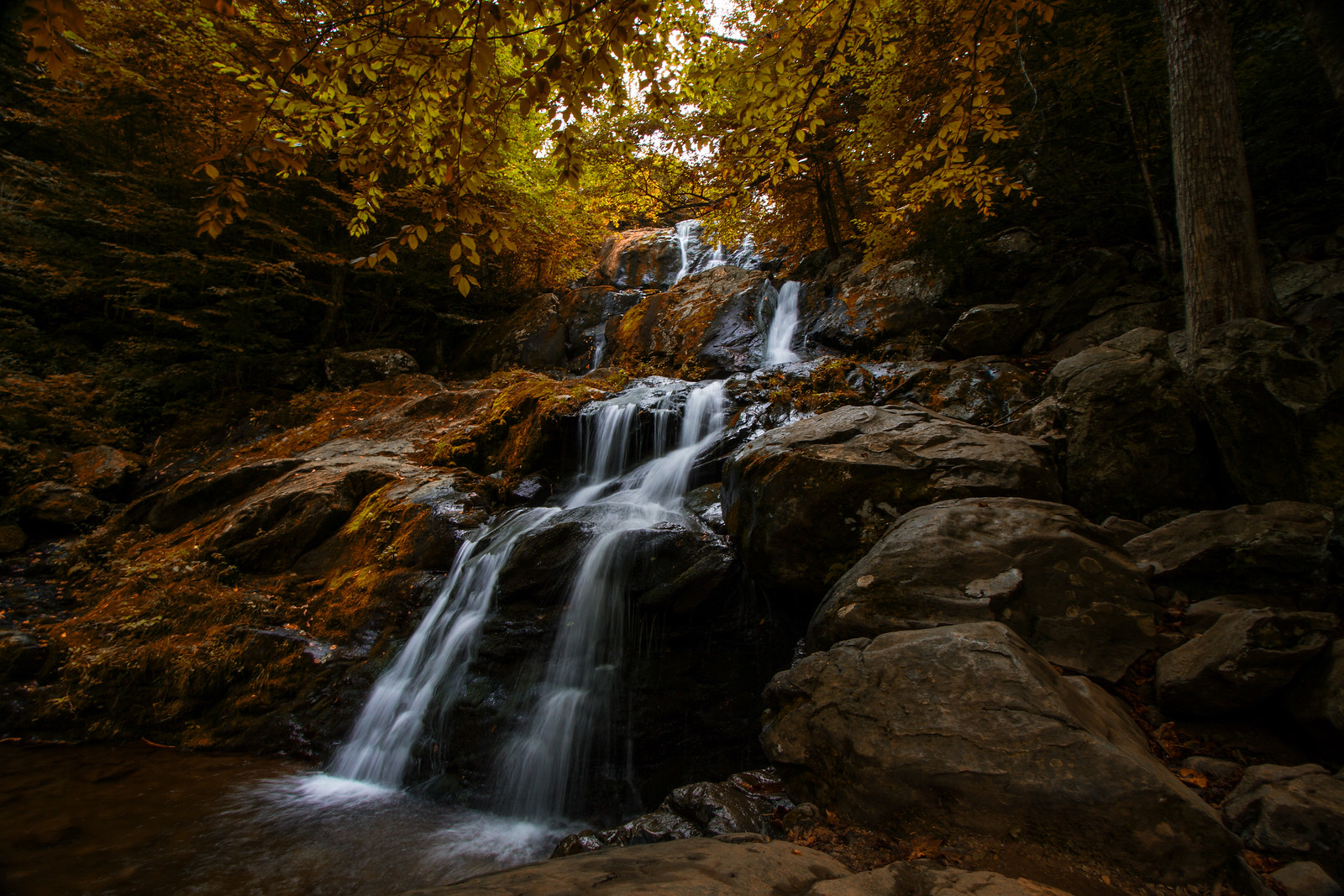 The Beartooth Range has many high peaks, including one that looks like a bear's tooth. Granite Peak, Montana's tallest, towers over the vast Beartooth Plateau and alpine lakes are small but plentiful.

The neighboring Absaroka mountain range, named for what the Crow Indians called themselves, has dense forests and expansive meadows with trout-rich streams. It extends to the northern boundary of Yellowstone National Park, offering over 700 miles of trails for ultimate backpacking adventures. 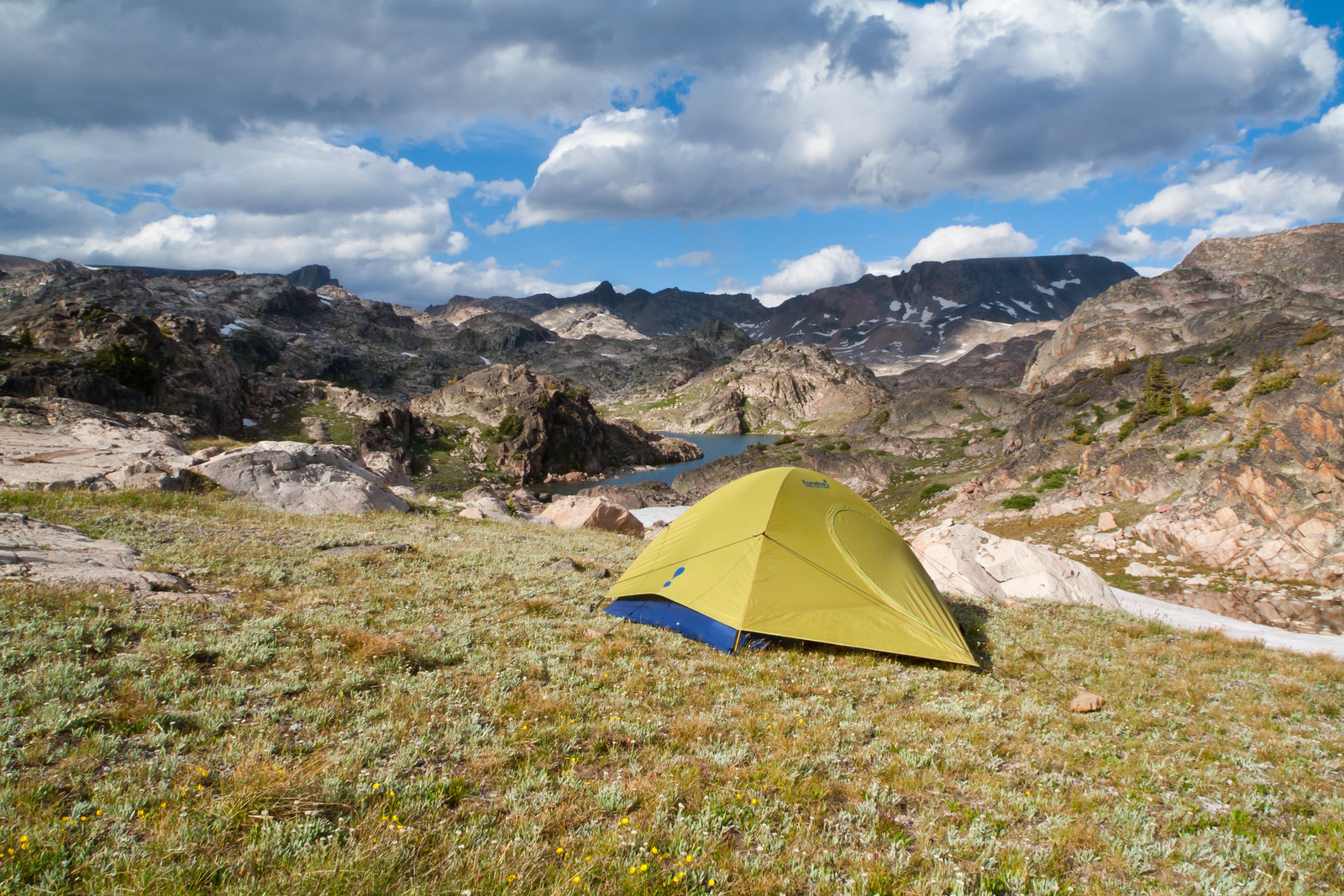 A dirt road divides Frank Church-River of No Return Wilderness from Selway-Bitterroot, the third largest Wilderness outside of Alaska. Inside, the Bitterroot Mountains rise at the border of Idaho and Montana and the Wild and Scenic Selway River is Idaho’s premier whitewater river.

Among its 1,800 miles of rugged trails through coniferous canyons and valleys, many remain sparse. This makes it ideal habitat for the plentiful Selway elk herd, as well as recently reintroduced packs of the grey wolf.

This area offers the quintessentially wild experience, so it is legendary among backpackers, as well as delightfully expansive - both reasons why it is one of the most visited. 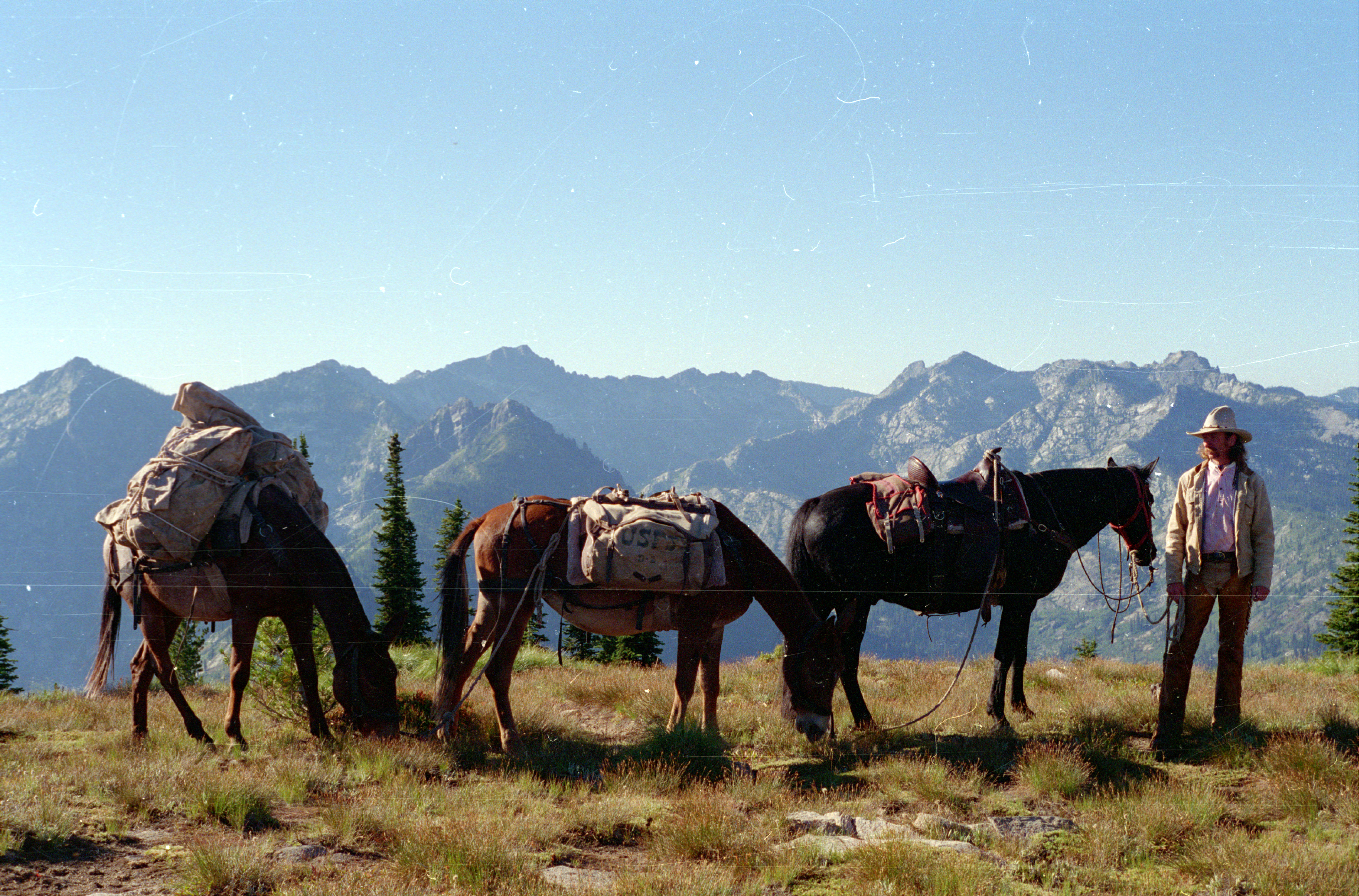 The volume of American wilderness visitors indicates how prized these areas truly are.

But for places treasured for their removal from hindrances of man, a delicate balance must be struck.

When it comes to wilderness, popularity has its risks. For one, crowds decrease the opportunities for solitude that wilderness so uniquely offers. They also can lead to undesired impacts on fragile areas, such as trampling of plants, campfire dangers, tree damage, wildlife disturbance and littering.

These areas are protected in part so they can be enjoyed, but visitors are also responsible for caring for them. Regardless of how you plant to revel in their beauty, please observe leave no trace principles during your visit. Visiting throughout the week also helps prevent overcrowded weekends.