In honor of National Wildlife Refuge Week in mid-October we look at some great American species and the spots they call home.

Ever since President Theodore Roosevelt created Florida’s Pelican Island National Wildlife Refuge in memorable fashion, national wildlife refuges have been an important tool in the fight against habitat loss and for wildlife conservation.

Today, under the authority of the U.S. Fish and Wildlife Service (USFWS), the National Wildlife Refuge System has more than 560 units, protecting (and in some cases restoring) about 150 million acres as habitat for thousands of species, many threatened or endangered. National wildlife refuges can be found in every state, comprising a multi-billion dollar economic engine that draws tens of millions of visitors each year. More than 20 million acres of these incredible landscapes are also part of the National Wilderness Preservation System.

Find a national wildlife refuge near you

Though our refuges are invaluable if we are to maintain our wild heritage, they, like other conservation and land management agencies, are chronically underfunded. In 2013, National Wildlife Refuge Week was cancelled due to the government shutdown, a reminder of the hardships our public lands face.

Check the USFWS database to find refuges where you might be able to see various threatened or endangered species and read on for a list of some of our most indelibly “American” fauna, along with a refuge or other USFWS-managed place where each one can be spotted. 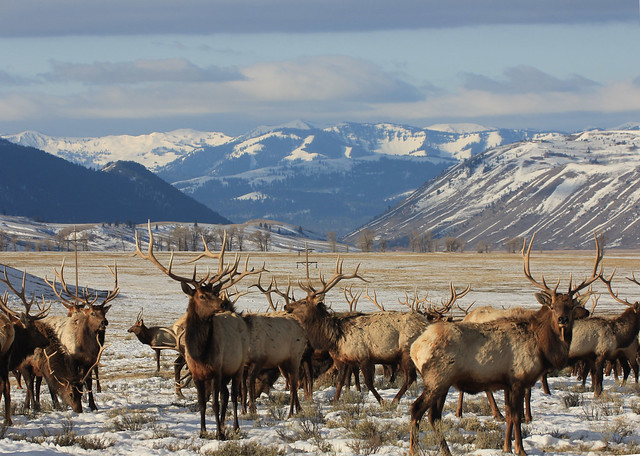 As befits its name, each winter Wyoming’s National Elk Refuge hosts the 11,000-strong Jackson elk herd, an army of ungulates that migrates across a huge swath of land including Grand Teton National Park, Yellowstone National Park and Bridger-Teton National Forest. Once relatively common throughout North America, elk now reside primarily in the west, where their eerie “bugling” cries broadcast mating information to all within earshot. Georgia’s Okefenokee Wilderness, the third-largest in the continental U.S. that is administered by the U.S. Fish & Wildlife Service, overlaps almost perfectly with the wildlife refuge of the same name, helping to to safeguard one of the world’s largest intact freshwater ecosystems.

An estimated 200,000 alligators live throughout Georgia (illustrating a major comeback since the species’ 1960s nadir), but despite their fearsome appearance, they have rarely clashed with humans. Of the eight reported cases of alligator attacks in the state between 1980 and 2001, most happened because people stepped on alligators in hiding, startling them and triggering a defensive reaction. 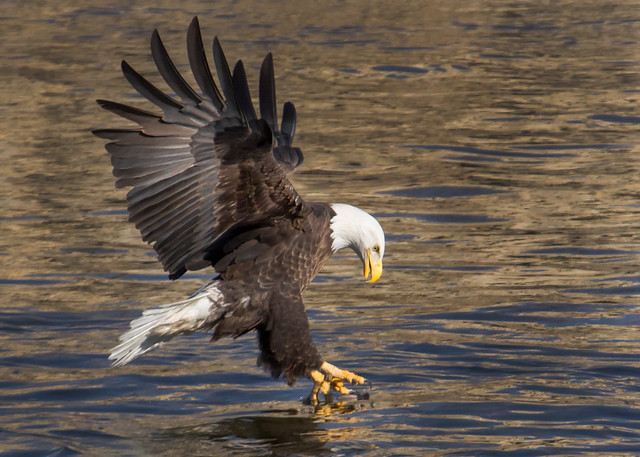 What list of iconic American species would be complete without the bird that festoons our national emblem, currency and official presidential seal?

As the animals most closely associated with American identity, it is fitting that bald eagles have many homes within the National Wildlife Refuge System—and four refuges created specifically to protect them, including James River National Wildlife Refuge. Though eagle populations have declined in the past due to hunting, accidental poisoning and habitat destruction, the species has made a tremendous recovery over the last few decades, and can now be found throughout the continental U.S. and Alaska. 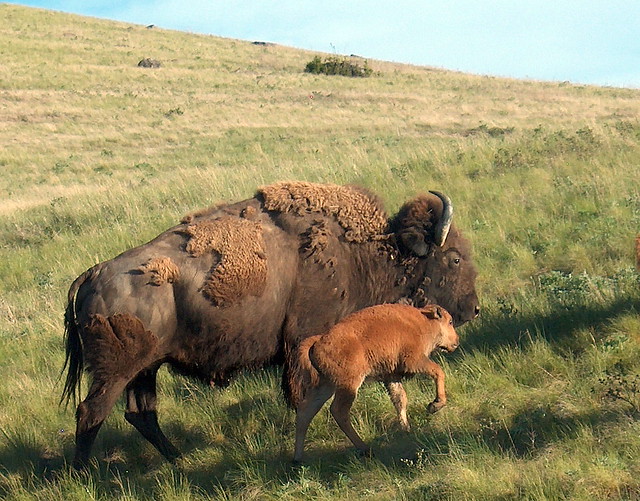 Perhaps the most iconic mammal in the history of our young country—with a national campaign to back it up—bison have made an astonishing species-wide comeback over the last century, with the help of the National Bison Range. This is a happy success story of a law doing precisely what it was intended to do: President Theodore Roosevelt signed legislation authorizing the purchase of lands for bison conservation in 1908, with the hopes of preserving some trace of the herds that had once roamed the prairies by the tens of millions. The episode was thought to have been the first time Congress had ever put tax revenue toward purchasing land for wildlife conservation.

Roosevelt himself would surely be “dee-lighted” to witness that plan’s outcome; the refuge itself currently hosts a few hundred bison roaming a diverse landscape of grasslands, fir and pine forests and rivers. Thousands more can be found elsewhere in the U.S.—roughly 130 years after they were effectively hunted to extinction. 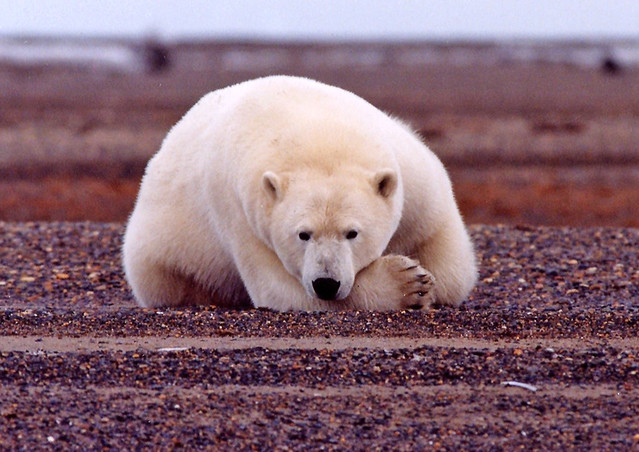 The largest land-dwelling carnivores on earth have gained a new and unwelcome notoriety in the last few decades as a species starkly and visibly imperiled by the effects of climate change. For now, the Arctic National Wildlife Refuge, tucked away in the relatively human-untouched reaches of northeast Alaska, is the only national conservation area where polar bears regularly den, as well as the most-used polar bear land denning area in the state. 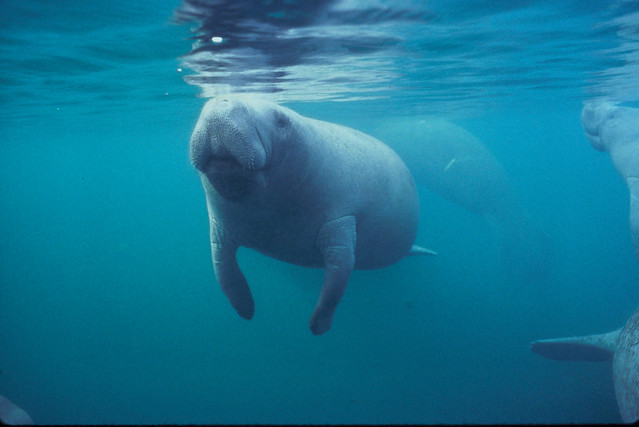 The Chassahowitzka National Wildlife Refuge, covering over 31,000 acres of saltwater bays, estuaries and brackish marshes, is mostly protected as wilderness, making it an important safe zone for a species that has benefited greatly from conservation efforts since the 1970s, but remains vulnerable to human-caused habitat loss, boat collisions and other threats.

Whether or not this placid coastal river- and estuary-dweller is truly the inspiration for mermaid tales of yore, the West Indian manatee is uniquely beloved, a flagship species for the state of Florida. Like some human inhabitants, the “sea cow” typically spends winters in and around the state, straying west and north when it warms up (in one famous case, the same manatee was spotted in the Chesapeake Bay twice, 17 years apart). 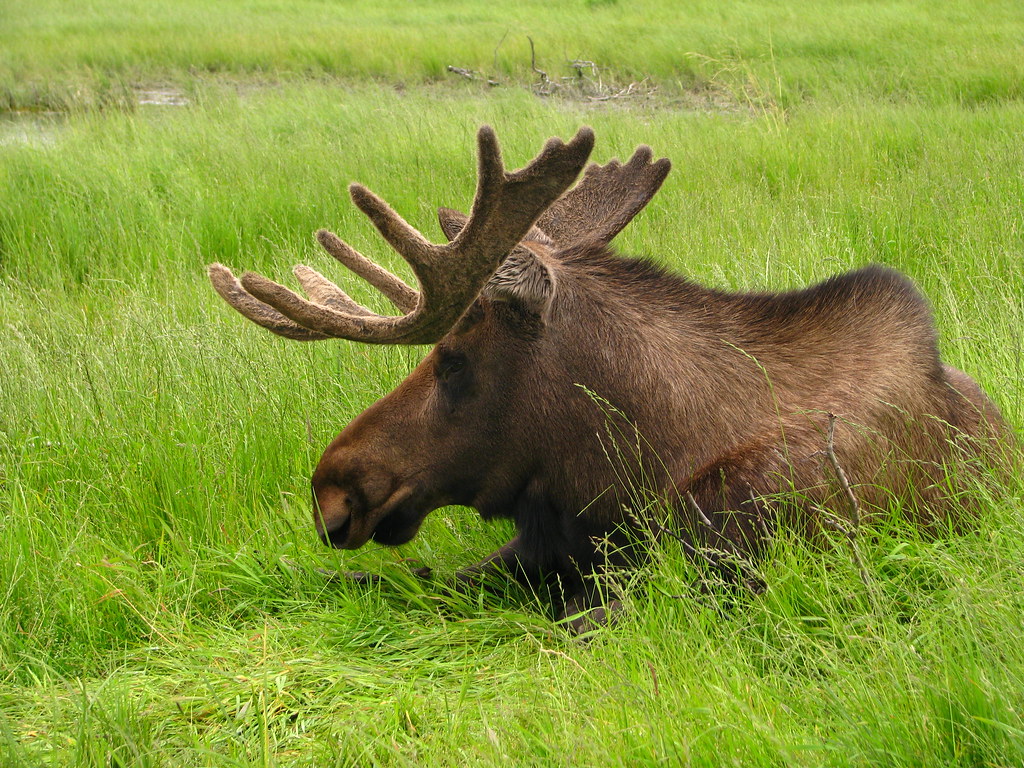 When an 18th century French scientist posited that all North American species were diminished or “degenerate” due to the continent’s cold climate, future president Thomas Jefferson was piqued. However, he knew that one piece of physical evidence would utterly ruin the man’s theory: the huge, imposing moose.

That Jefferson used the largest member of the deer family to illustrate the “New World’s” robust natural bounty is only fitting. Moose have become a proud emblem of the northern United States, with the largest population by far found in Alaska. Moose are especially abundant in the massive Koyukuk National Wildlife Refuge, a central chunk of which is protected as wilderness. Recent years have seen moose in other states fall prey to hordes of ticks as the climate warms, making this pocket of northern shelter all the more vital to the broader survival of the species. 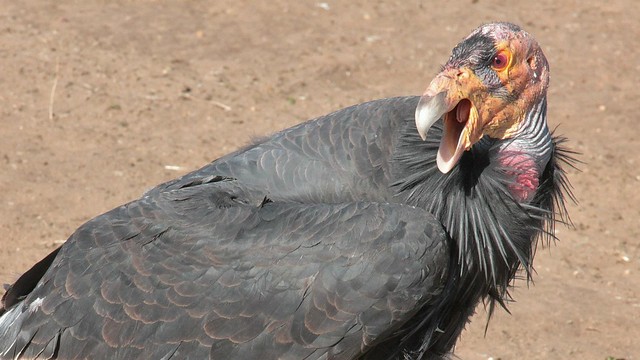 Though its name became nearly synonymous with “endangered species” in the 1990s, the California condor is fighting its way back from the brink thanks to a concerted recovery effort that has seen the reported population more than double since 2003. But despite progress, only a few hundred birds remain in the wild, and they face many threats.

Bitter Creek National Wildlife Refuge, Hopper Mountain National Wildlife Refuge, and other protected public lands like Pinnacles National Park are especially important for their survival, as condors tend to do better in areas where human intrusion and development are strictly limited. Bald-headed and jowly, these scavengers are not conventionally beautiful, but their presence bespeaks a dinosaur-like mystique, and any birdwatcher would be extremely fortunate to see one in the flesh. 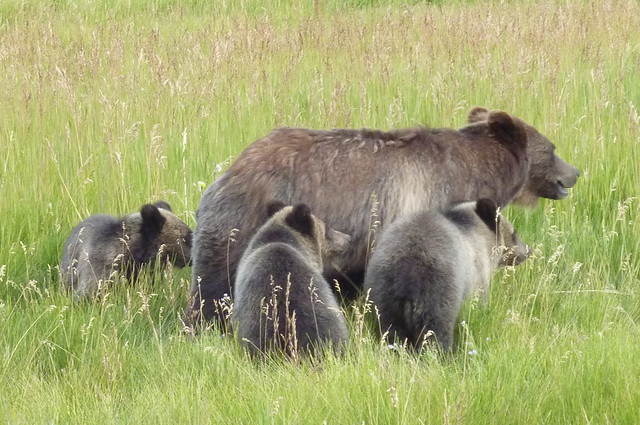 Modern grizzly populations are only a fraction of what they were when Lewis and Clark first traveled to the coast—only 1,000 to 2,000 remain in the continental U.S., with significantly more in Alaska—but these muscular beasts still enjoy an outsize place in the mythology of the American west.

Among the places where they can still be found are the Swan and Mission Mountain Ranges, which have been designated as a habitat corridor. They can also sometimes be spotted foraging in the Swan River National Wildlife Refuge, Ninepipe National Wildlife Refuge and others during the spring. Imposing reputation notwithstanding, the USFWS considers grizzlies to be threatened.

A subspecies of the pronghorn, the Sonoran pronghorn is both smaller and less plentiful than its cousin: it is estimated that only 160 free-ranging Sonoran pronghorns remain in the U.S., with another 240 in northern Mexico, even after a successful captive breeding program.

That program was launched at the Cabeza Prieta National Wildlife Refuge, which has been managed for wildlife—originally as a “game range”—for about 75 years, and now focuses on pronghorns, bighorn sheep and lesser long-nosed bats. A wilderness area of the same name covers nearly all of this big, rugged stretch of desert, offering ample space for the fleet-footed “prairie ghosts” for which it is best known, among the first species to gain protection under the Endangered Species Act. 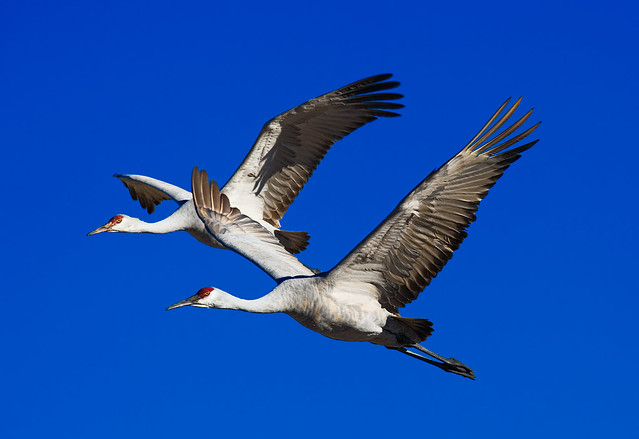 The Rocky Mountain population of sandhill cranes spends its winters in New Mexico’s Bosque del Apache National Wildlife Refuge, which contains thousands of acres of marsh and grasslands including three different wilderness areas. This spectacle, along with a great variety of other birds and wildlife, has made the area a popular tourist attraction from November to February. Sandhill cranes are instantly recognizable due to their size—with wingspans that may approach six feet—and red “caps.” 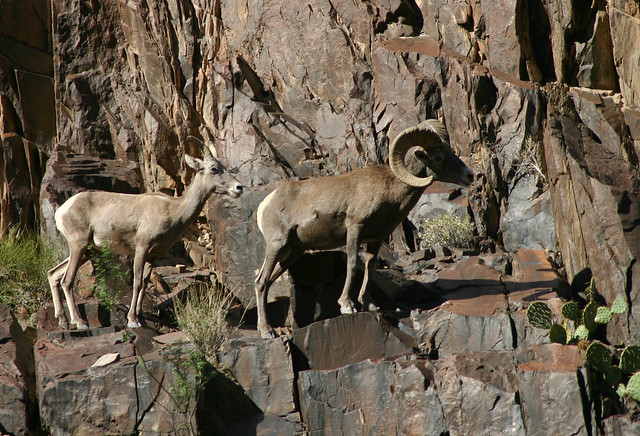 Kofa National Wildlife Refuge, the majority of which is designated as wilderness, protects one of Arizona’s largest populations of desert bighorn sheep (a subspecies of bighorn), estimated at more than 400 individuals.

Thanks to conservation efforts, bighorns in parts of the western U.S. have recovered recently after years of deterioration, and some have even been reintroduced to areas where the species previously died out. Wherever you find them, they are an impressive sight—excellent runners who can scale sheer, steep slopes with a grace that belies their size and physical power.