We talk a lot about national parks and wilderness areas, and with good reason. But never overlook our national forests. Not only do these places play a valuable role in ensuring a healthy ecosystem for humans and wildlife—they are some of the most spectacular, crowd-pleasing wildlands on earth.

Under the U.S. Forest Service, the National Forest System now helps preserve hundreds of millions of acres, but we did not always have careful guidelines to help protect such places from harm.

The Forest Reserve Act of 1891 was signed into law by President Benjamin Harrison after years of exploitative logging had devastated the nation’s once vast eastern forests.

After two decades of debate, the act put in place the means to protect wooded areas as “forest reserves.” The precursor of the  U.S. Forest Service, called the Division of Forestry, had been founded in 1881 to monitor the overall health of forests in the United States, but this was the first time the federal government took an active role in making some forests off-limits for logging and other uses.

In 1905, those reserves became the charge of the Bureau of Forestry, and eventually they were renamed national forests.

Take a look at just a few of our incredible national forests, from New Hampshire to Alaska, and you will never again forget those "other" public lands. 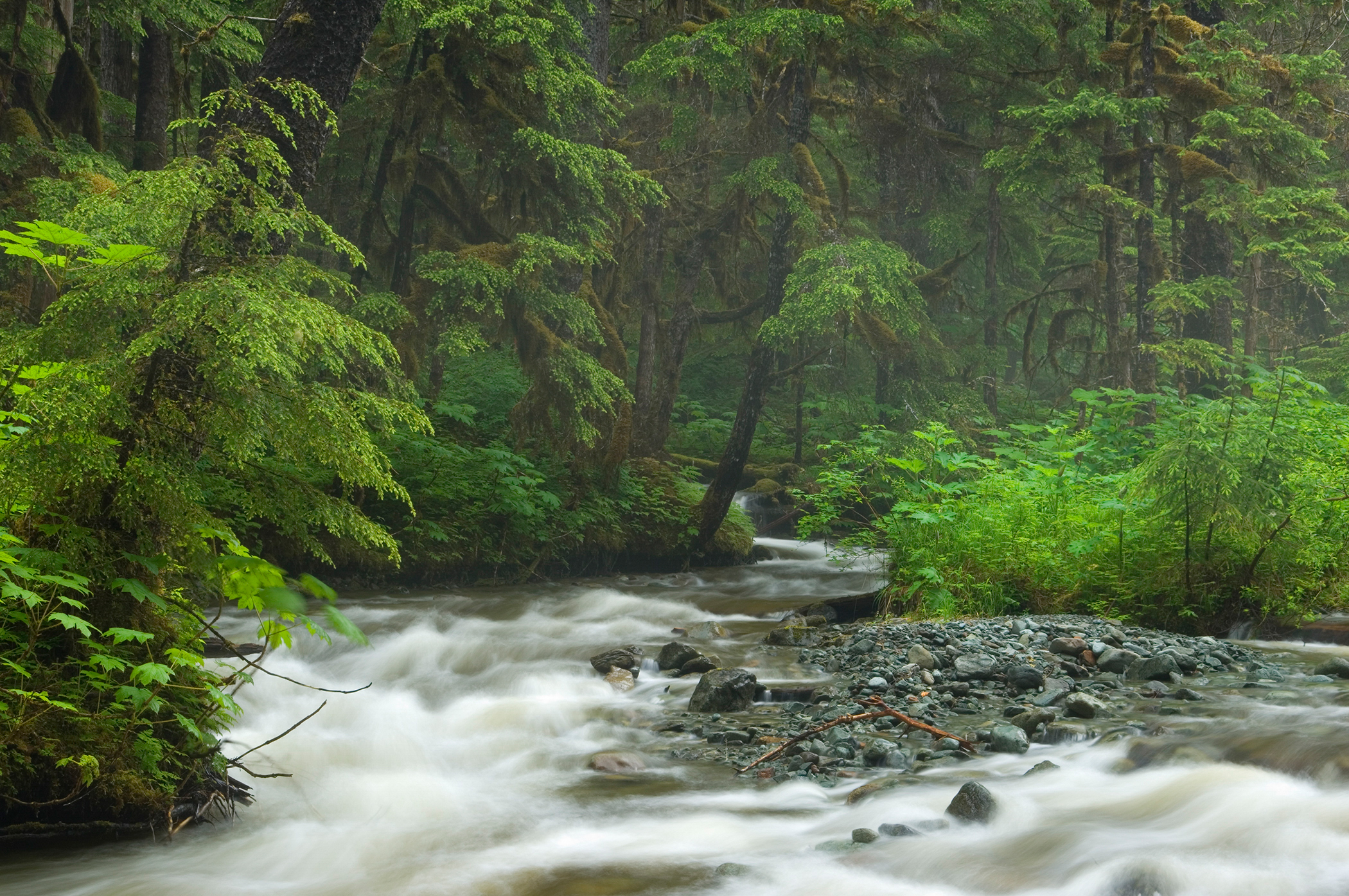 At 16.5 million acres, Tongass National Forest is more than half as big as the entire state of North Carolina. And while the forest is best known for its wide expanses of Sitka spruce, western hemlock and cedar, it is also geologically and climatically diverse enough to accommodate majestic glaciers and icefields. The trees themselves are remarkable for their size and longevity –some up to 800 years old. Over one-third of Tongass National Forest is designated as federal wilderness, containing habitat for a variety of wildlife including brown and black bears, mountain goats, black-tailed deer, wolverines, river otters, harbor seals and bald eagles. Bonus fact: Scenes from the 1982 horror/sci-fi film The Thing were filmed here

Sadly, Tongass National Forest is one of America's most exploited forests, with decades of forestry clearcut scars to prove it. Currently, some of its wildest stretches of forest--called "inventoried roadless areas"--and under threat, which could lead to similar dangers for wild forests across the county. 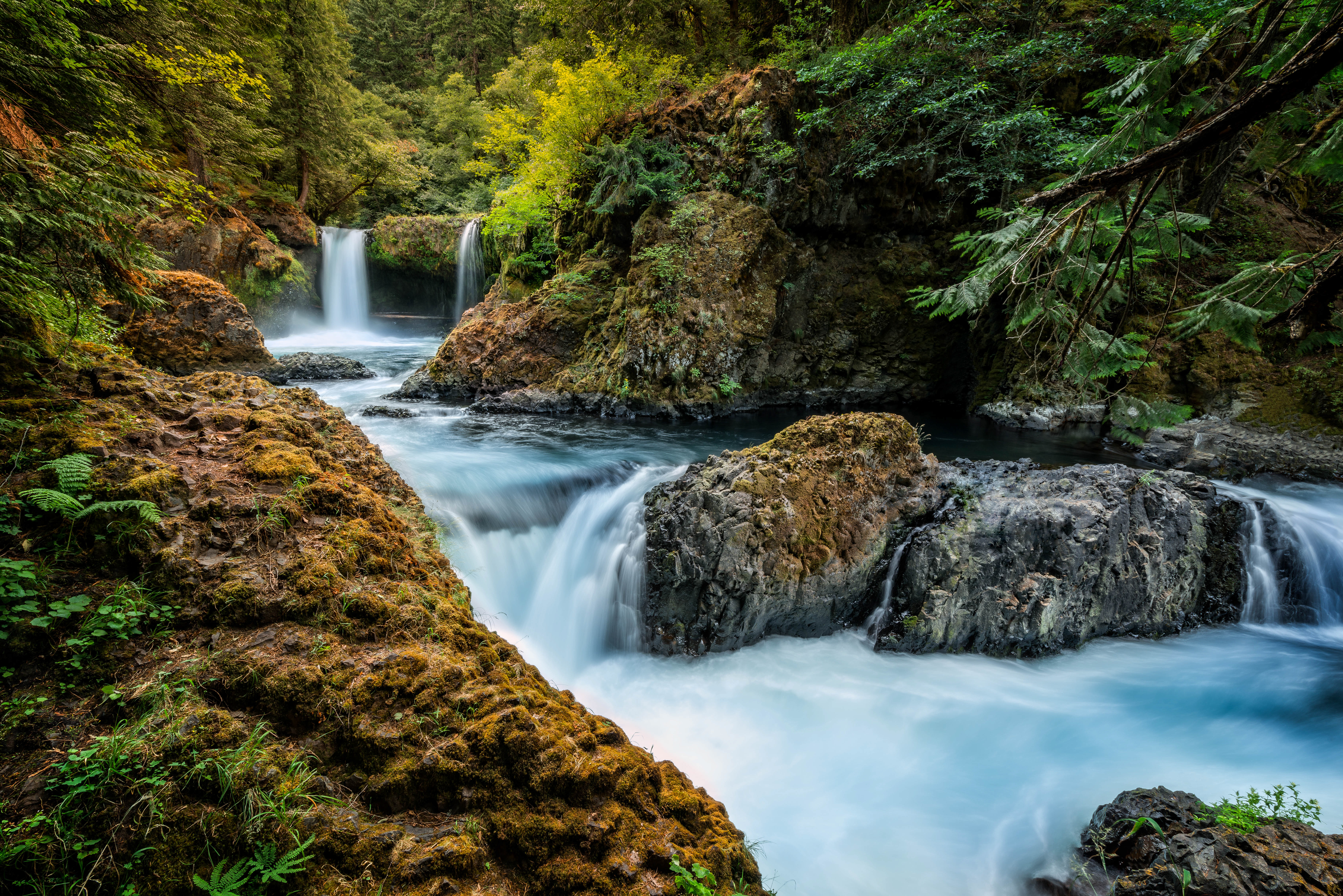 Highlighted by the Mount St. Helens National Volcanic Monument, Gifford Pinchot National Forest is known for its unusual landscape, which includes tunnels and caverns formed in eons-old cooling lava. The 2.5-mile-long Ape Cave is an especially popular tourist attraction, and a section of the Pacific Crest Trail makes the forest a popular destination for hikers.

When you think “Arizona,” your mind may conjure images of saguaro cacti and desert. And when you think “national forest,” you may picture miles of evergreen-covered mountains. Coconino National Forest somewhat defies both sets of expectations, boasting landscape that ranges from dramatic red rock formations to alpine tundra. Wildlife in the area is similarly varied, including elk, javelinas, black bears, rattlesnakes and more. Unsurprisingly, Coconino National Forest is a popular spot for outdoor recreation including hiking, horseback riding, fishing and camping.

Another unique feature of Coconino National Forest: A valuable archaeological site atop the remains of an ancient Sinagua village at Elden Pueblo. Items recovered at Elden Pueblo are thought to have originated as far away as Mexico and California, suggesting that a major trade outpost was nearby. 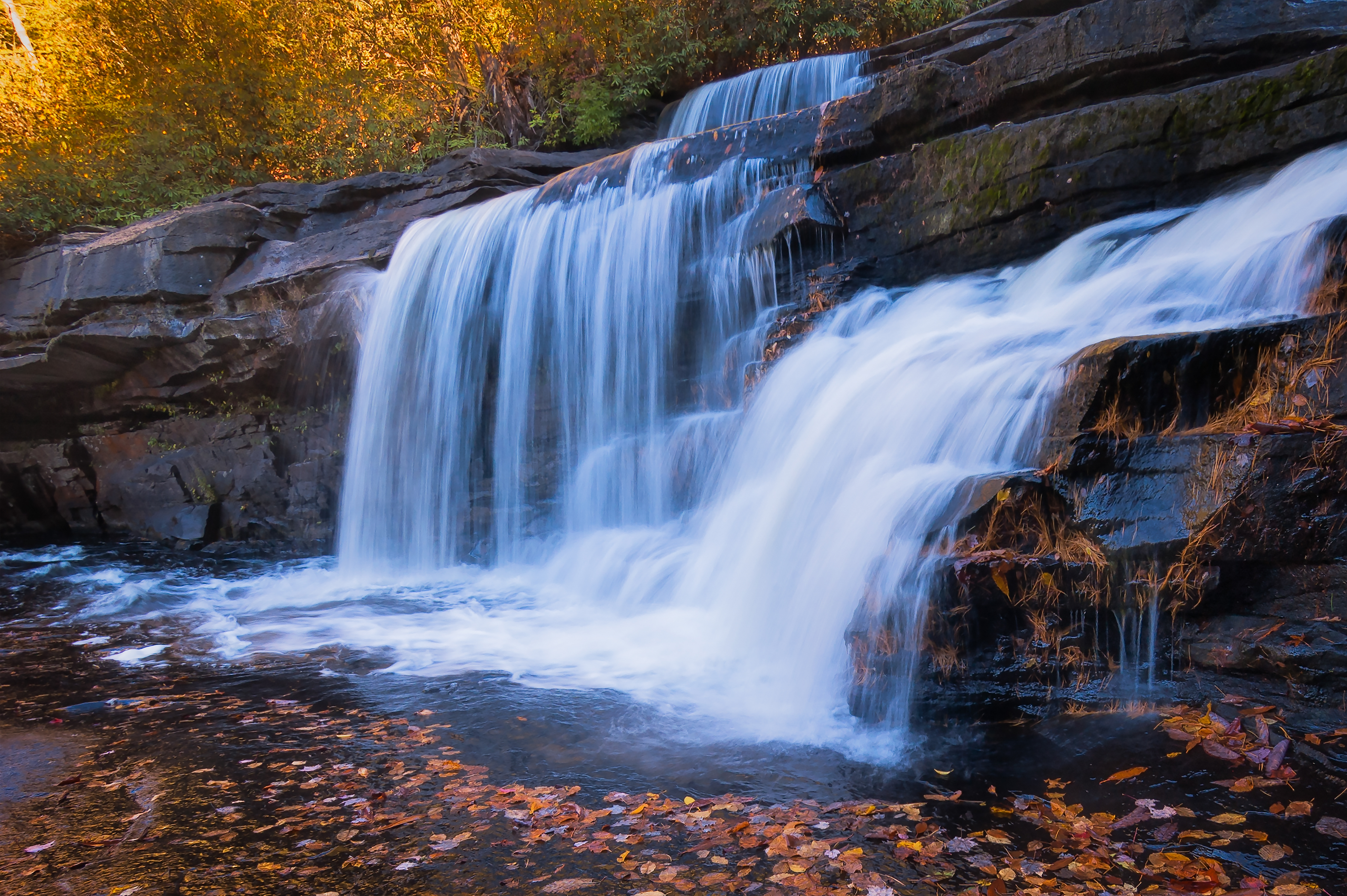 The Pisgah and Nantahala national forests of western North Carolina may be best known for their explosive displays of fall foliage. Every year, the two forests, totalling some 1 million acres, carpet the Blue Ridge Mountains in reds, yellows and oranges. But even off-season, the old-growth stretches of oak, hemlock, tulip poplar, pine, sycamore, dogwood and beech beckon visitors in search of hiking, fishing and other outdoor recreation (together, the Pisgah and Nantahala contain over 200 miles of the Appalachian Trail). Six wilderness areas between the two forests attest that some relatively unspoiled land remains on the east coast. Black bears, deer, wild boar and other wildlife can be found throughout the region. 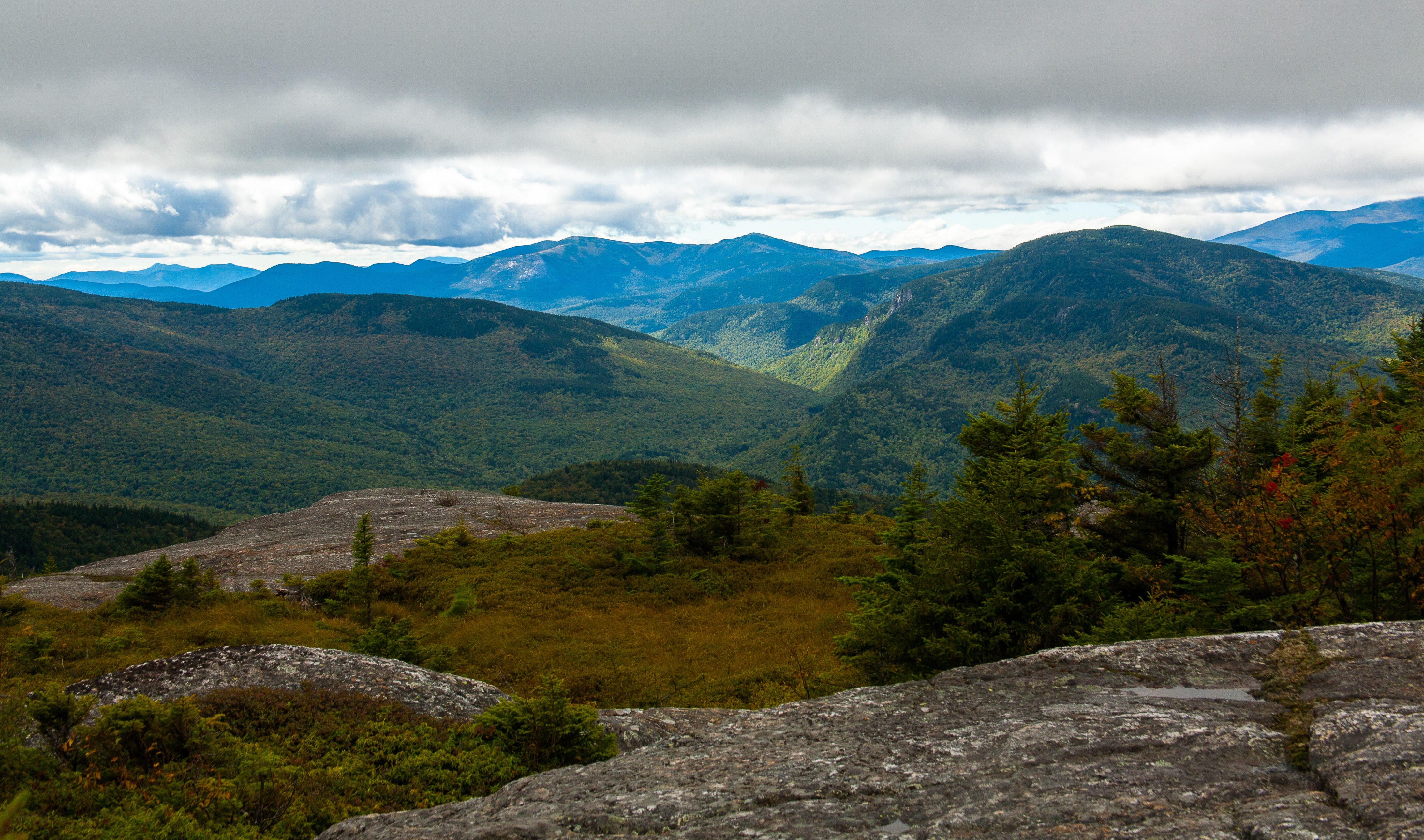 Spanning more than 800,000 acres, White Mountain National Forest features some of the most untamed and beautiful country in the Northeast, including the Presidential Mountain Range.

Arguably the highlight of this region is 6,288-foot Mount Washington, a challenge for intrepid hikers that has long boasted the “world’s worst weather” (indeed, wind speeds in excess of 200 mph have been recorded here, and as much as four feet of snow has fallen in a single 24-hour period).

Despite the rugged weather, White Mountain National Forest boasts lush wooded landscape too; maple, oak, hemlock, pine and birch dominate at lower elevations, with spruce and fir stands taking over the higher you get. Wildlife highlights in the area include moose, black bears and peregrine falcons.

You might not think of the upper Midwest as a hotbed of wilderness, but Superior National Forest is one of the most beloved tracts of public land in the U.S., a hot-spot for kayaking, canoeing, hiking, fishing and skiing. The Boundary Waters Canoe Area Wilderness, carved by ancient glaciers along the border with Canada, is a 1 million-acre paradise of rugged cliffs and crags, gentle hills, canyon walls, rocky shores and sandy beaches, dotted with lakes of every conceivable size. Stands of pine, fir and spruce exemplify this deep green refuge. Sadly, the Trump administration is trying to allow the renewal of mining leases in the wilderness area's watershed, which could discharge sulfuric acid, sulfates and heavy metals (some of which are highly toxic) into water, harming fish and wildlife.

Superior National Forest harbors some truly special wildlife, including gray wolves—Northern Minnesota is one of the species’ last bastions in the continental U.S.—moose, lynx and black bear. It is also a popular area for birding, with hundreds of species reported in the area. 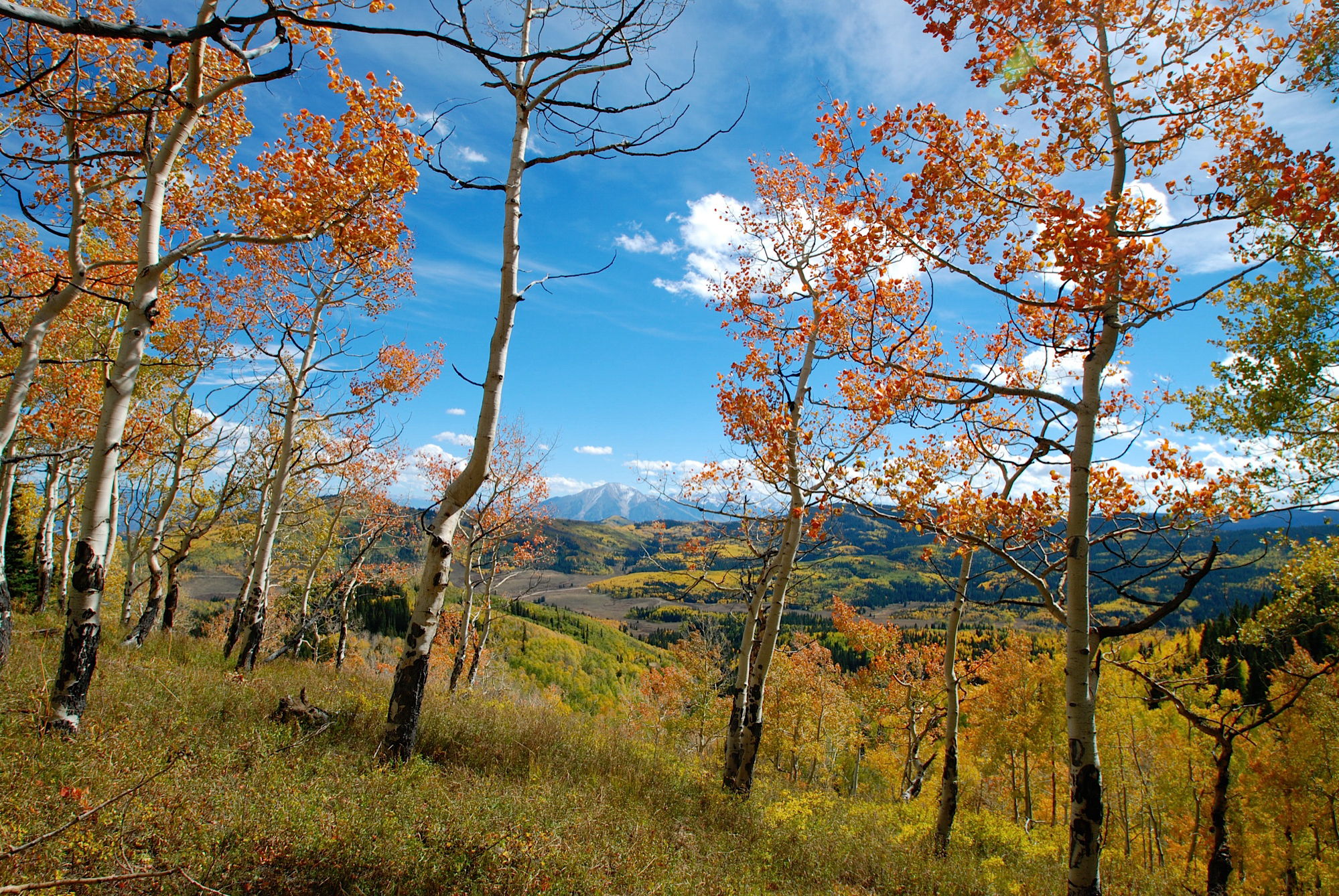 White River National Forest contains eight wilderness areas, including the picturesque Maroon Bells-Snowmass Wilderness, and 10 mountain peaks taller than 14,000 feet. All of this makes it a huge draw for mountain climbers, photographers, campers, skiers and other outdoor recreation buffs. Additionally, this was where U.S. Forest Service official Arthur Carhart is said to have originated the idea of federally designated wilderness.

White River National Forest is also a renowned spot to go wildflower-watching in summer, when blue lupines and Colorado columbines contrast with yellow heartleaf arnica and tall groundsel. Every year, wildflower festival events are held in the nearby town of Crested Butte.

The Cibola National Forest is an expansive series of ‘sky islands’ covering 1.6 million acres spanning northern and central New Mexico, with elevations reaching 11,300 feet. The forest and surrounding grasslands contain four protected wilderness areas, habitat for species like elk, mule deer, black bears and bobcats, and a critical migration corridor for raptors and other wildlife through the Sandia and Manzano mountains.

Unfortunately, Cibola National Forest is vulnerable to degradation because it has been operating under an outdated management plan. We are working with the U.S. Forest Service and local communities to help create a new plan that will restore wildlife habitat, enhance outdoor recreation and serve as a benchmark for other wildlands.

Stretching hundreds of miles through California and Nevada, the Sierra Nevada range is a wild American icon, featuring Yosemite and Sequoia National Parks, towering Mount Whitney and much more in its 12 million acres of federal public land.

Sierra National Forest may be somewhat overlooked compared to those flashy cousins in the region, but that doesn’t make it any less spectacular. Towering mountains, granite formations, sub-alpine meadows and crystal-clear lakes lend the area its reputation as a much-needed refuge from the commotion of nearby cities. Sections of both the John Muir Trail and the Pacific Crest trail run through the forest, making it perfect for hikers.

Salmon-Challis National Forest contains most of the iconic Frank Church-River of No Return Wilderness, the largest contiguous wilderness in the lower 48 states—nearly 2.4 million acres of rugged mountains, surging rivers and fir and pine forests. Other highlights include 12,500-foot Borah Peak, Idaho’s tallest mountain; the mighty Salmon River; and  It is no surprise that the forest’s roughly 2,616 miles of maintained trails are a coveted destination for outdoors lovers across the country (and beyond).