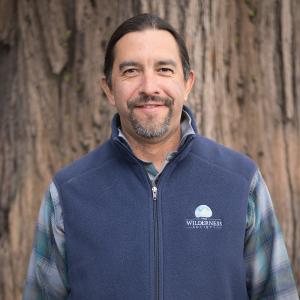 A native of Silver City, New Mexico, Michael has been an environmental advocate, community organizer and scientific researcher for over two decades.

He studied Biology and Anthropology at New Mexico State University and Cornell University, where he served on the Graduate School Minority Council and was President of the Latino/a Graduate Student Coalition.

Prior to joining The Wilderness Society, he was the Sierra Club's Senior Field Organizing Manager overseeing field staff in New Mexico, Utah and Colorado. Before entering the conservation field, Michael served as the Deputy for Hispanic Outreach to the Kerry/Edwards campaign and was the National Organizer for the Center for Economic Justice. Michael has received numerous awards including being selected as a Gates Millennium Scholar by the Bill & Melinda Gates Foundation. Michael has a strong commitment to public service and currently serves on the Board of Directors of the New Mexico Environmental Law Center and the Recuerda a César Chávez Committee.

Michael has very deep roots in the Land of Enchantment and has strong family ties to the land and people of New Mexico. He enjoys fishing, camping, playing soccer and fell in love with backpacking in the Gila Wilderness. Michael is The Wilderness Society’s New Mexico State Director and resides in Albuquerque.