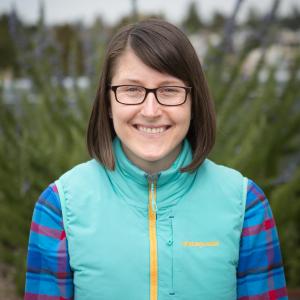 Throughout her career, Megan has worked closely with diverse stakeholders, scientists, and elected officials to advocate for and implement enduring solutions for protecting our wildest public lands. She has led highly successful conservation campaigns in Montana, Washington, Oregon, Alaska, Utah and at the national level.

When she first joined The Wilderness Society in 2010, Megan led forest restoration and protection efforts, as well as grassroots conservation campaigns, in the Crown of the Continent in Montana. Upon her move to Seattle in 2014, she worked to protect, connect, and restore critical wildlands in Washington, Oregon, and Northern California. Most recently, she led The Wilderness Society’s national campaign to ensure the 2001 Roadless Rule remains the law of the land, including working closely with partners in Alaska and Utah.

Megan holds an M.S. in Forestry from Northern Arizona University and a B.S. in Recreation Management from the University of Montana. In her free time, she enjoys exploring the North Cascades with her family – ideally on skis – as well as curling up by the fire with a novel on rainy Seattle mornings.