We stand in solidarity with the African American community

It's up to all of us to build an equitable society.

The nation needs us today.

When Black people cannot move freely in the communities in which we all live, then our public spaces can never deliver on their promise of equitably benefiting all. Each of us deserves a right to clean air, clean water, and access to nature for the health of ourselves and our communities.

We condemn all acts of violence, intimidation and police brutality against Black People and people of color. And we stand with all who are peacefully expressing their solidarity against the killings of George Floyd, Breonna Taylor and Ahmaud Arbery, and many others.

By now you’ve probably seen the news about the Trump administration’s reprehensible use of the United States Park Police, other federal police forces and National Guard to clear a public park in Washington, DC, of peaceful demonstrators.

Parks have been created for everyone to gather and find solace in the outdoors and with each other; they should never be places of hatred, terror or retribution.

I also want to underscore that some of the high-profile injustices against Black people in recent weeks have occurred in the outdoors. Ahmaud Arbery was killed while going for a run outdoors. Christian Cooper was harassed and racially profiled while birding in Central Park. These stories further demonstrate how Black people must live in fear of racially motivated violence, harassment or intimidation.

We stand in solidarity with the African American community against these tragic injustices, and we are committed to working with partners to ensure our shared public lands are safe and welcoming for Black Americans as well as for everyone.

There are many wonderful groups working for racial justice, including the NAACP Legal Defense and Educational Fund. Whether you’re participating in peaceful protests or looking for other ways to speak up, we ask that you consider supporting these groups today.

It’s up to all of us to build an equitable and inclusive society. 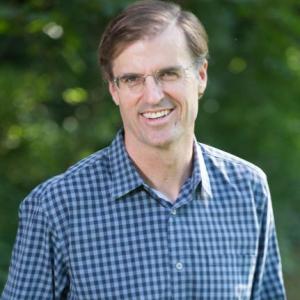