Happy birthday to Mardy Murie, “Grandmother of the Conservation Movement”

Activist advocated for Wilderness Act during lifetime of service

Aug. 18 marks the birthday birth of Margaret “Mardy” Murie, a conservation champion who advocated for the Wilderness Act during a distinguished lifetime of service to nature.

Sometimes called the “Grandmother of the Conservation Movement,” Murie served as secretary and governing council member of The Wilderness Society during her husband Olaus’ 17-year stint as president of the organization. Her activist philosophy may best be summarized in a dictum of her late husband, shared in a 1978 radio interview: that it is “better to be in the thick of the fight than standing in the corner with your face to the wall.”

In her decades of conservation activism, Mardy Murie advocated for the Wilderness Act, testified before Congress on protecting Alaska wildlands and was awarded the Presidential Medal of Freedom.

Indeed, Mardy Murie was a trailblazer. She married Olaus Murie, a biologist, in 1924, after becoming the first woman ever to graduate from the Alaska Agricultural College and School of Mines (now the University of Alaska Fairbanks). Together, the Muries embarked on numerous adventures in the Arctic, providing the basis for her book “Two in the Far North” (Mardy would later write two other books about the outdoors). 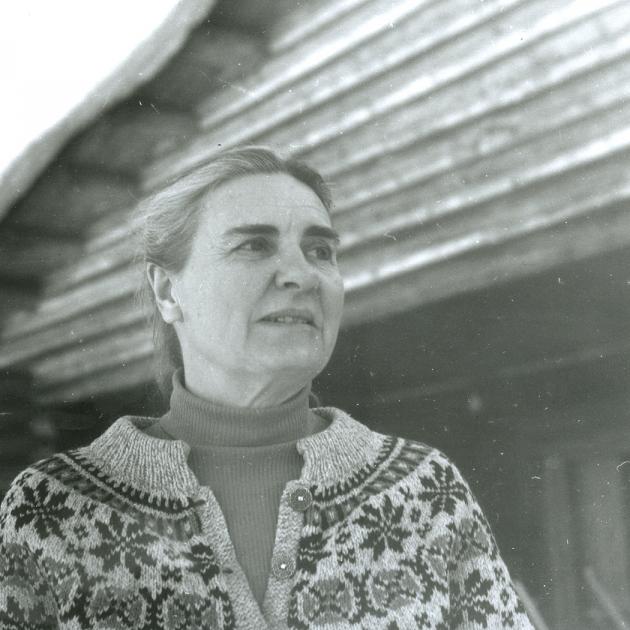 Since 1935, we’ve been protecting wilderness and inspiring Americans to care for our wild places. We’re humbled by how much work is still left to do, but incredibly proud of our tradition.

The dynamic couple would go on to enlist Supreme Court Justice William O. Douglas in persuading President Dwight Eisenhower to set aside land for the Arctic National Wildlife Range and advocate fiercely for the passage of the Wilderness Act, which had been authored by another Wilderness Society staffer, Howard Zahniser.

Sadly, Olaus Murie, like Zahniser, died not long before that bill became law. In his stead, Mardy attended its signing at the White House in 1964 (alongside Zahniser’s widow, Alice). It must have been a bittersweet occasion, but that day Mardy ensured a lofty place for herself in the annals of American conservation.

Mardy Murie’s career as a wilderness advocate didn’t end in the 1960s. She later testified before Congress in favor of the Alaska National Interest Lands Conservation Act and received a host of honorary certificates from the National Park Service, Sierra Club, Audubon Society, National Wildlife Federation and others. In 1998, she was awarded the Presidential Medal of Freedom, the highest honor a civilian can receive, by President Bill Clinton.

Murie passed away in 2003 at the age of 101, but she would surely be proud to see that, decades after her time in the limelight, we are still celebrating the unique American allure of wilderness. Her legacy lives on.

A tribute to Howard Zahniser, unsung architect of the Wilderness Act