A plan released by the U.S. Forest Service will set the stage for the federal government to open millions of acres of old-growth temperate rainforest to logging and development.

The Final Environmental Impact Statement, issued Sept. 24, is one of the last big pieces needed before the administration can remove protections from more than half of the 16.7 million-acre Tongass National Forest in Alaska.

Proposed changes would exempt the Tongass from a law called the “Roadless Rule,” which is designed to protect the very wildest parts of America’s forests from reckless development. For the most part, people don’t want this to happen: a majority of some 140,000 public comments solicited by the Forest Service about the plan favored keeping the Roadless Rule intact. And the president of the Central Council of Tlingit and Haida Indian Tribes of Alaska has said this rule-making process “repeatedly disrespected and ignored sovereign tribal nations and their tribal citizens.” 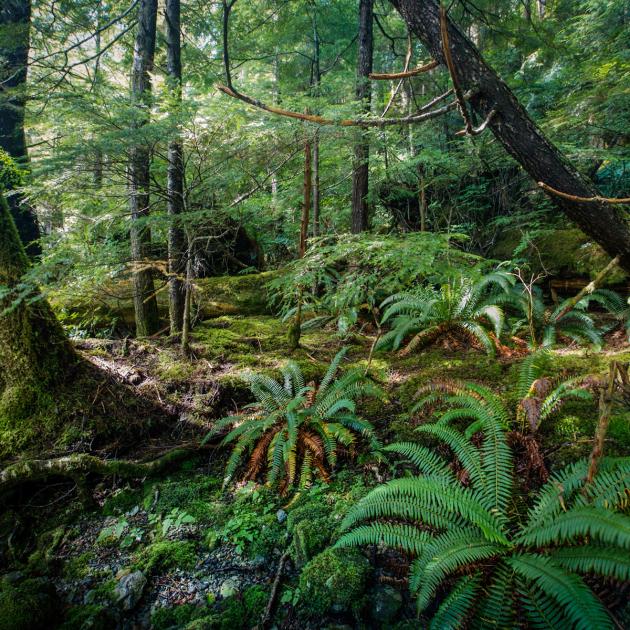 What are "roadless" forest areas good for?

Roadless areas make up one-third of national forest lands. But why are they so important?

But timber interests have been trying to force their way into the Tongass’ “roadless areas” for many years, and they hold sway (despite the fact that the Tongass’ value as a fishing and tourism destination actually dwarfs its performance as a heavily taxpayer-subsidized and consistently uneconomical source of wood).

The newly released plan brings us near the culmination of a process that began in the summer of 2018, when the state of Alaska asked the current administration to open the forest to logging and road construction. Bottom line: this move will lead to more trees cut down and more communities and ecosystems disrupted in the Tongass, all to the questionable benefit of special interests.

Here are three big consequences—out of many—that we’re worried about if this plan proceeds unchallenged:

Big, old-growth trees do a great job of absorbing and trapping (or “sequestering”) the heat-trapping greenhouse gases that drive climate change, easily outpacing in efficiency any technology humans are likely to develop for that purpose. Forests with lots of those trees, like the Tongass, are therefore crucial—and perhaps irreplaceable—“carbon sinks,” and a great illustration of how public lands can be made part of the climate solution if they’re managed properly (indeed, one researcher has called the Tongass “a national champion” of carbon sequestration).

But for forests like the Tongass to be at their most effective as carbon sinks, they must, of course, remain intact; when trees are logged, much of the carbon stored in the forest immediately begins re-entering the atmosphere as carbon dioxide and old-growth forests transform from carbon absorbers into big carbon emitters. A report published in 2016 found one proposal to log old-growth trees in the Tongass would result in greenhouse gas emissions comparable to what would be added to the atmosphere if you put 4 million new vehicles on the road and had them drive around for the next 100 years. Sure enough, the current plan from the federal government would newly designate 165,000 old-growth acres in the Tongass as suitable for timber harvest, among other changes. All told, logging or developing the Tongass in the way that is now being proposed risks releasing centuries’ worth of greenhouse gases emissions into the atmosphere at a time when the effects of climate change are becoming ever more pronounced.

2) It will hurt Indigenous communities in Alaska

The Tlingit Nation has continuously inhabited Southeast Alaska for thousands of years, efficiently subsisting on the natural bounty offered by the Tongass and other wildlands. Hundreds of years ago, they were joined by the Haida and Tsimshian nations, which similarly live off the land. But beginning in the mid-20th century, clear-cut commercial logging in the Tongass disrupted these communities. The adoption of the Roadless Rule in 2001 helped protect much of what these groups consider their ancestral homelands. And now, renewed efforts to gut the Roadless Rule once again threaten an area where tens of thousands of Indigenous Alaskans still live, and which holds tremendous spiritual importance to many (Joel Jackson, the president of the tribal group Organized Village of Kake, has likened walking among the Tongass’ old-growth trees to “walking into a cathedral”).

Indigenous figures have been highly critical of the federal government’s rule-making process. Allowing the Tongass to be cut out of the Roadless Rule would be a slap in the face to these communities, the original land managers of Southeast Alaska, and may threaten the day-to-day subsistence of some as sources of food and clean water are sullied or destroyed by logging and development.

3) It will damage a crucial source of clean water

A forest acts as a water treatment network that catches rainfall, regulates storm runoff and pulls pollution from the soil rather than allowing it to make it back to waterways. Roughly 66 million people in the United States get their drinking water from municipal supplies sourced from national forests, and 180 million people rely on forest lands to capture or filter their water. Though relatively far removed from sizable cities and towns, the Tongass National Forest is no exception, providing clean water to several communities in Southeast Alaska.

In addition to directly, physically sustaining people, the waterways of the Tongass produce a huge number of Pacific salmon that help support fishing communities. Some 80 percent of all commercial salmon harvested from Southeast Alaska and 25 percent of the West Coast’s commercial catch come from the Tongass, earning it the unofficial designation "America's Salmon Forest." According to a recent study, commercially caught Pacific salmon originating from the Tongass and Chugach (America’s second-largest national forest, to the northwest) had an annual combined value of about $88 million.

Opening more of the Tongass to logging would jeopardize all of this. Roads and logging disrupt a forest’s waterways by introducing new sediment and pollutants to the mix while increasing the likelihood of further erosion (past research has linked logging roads to an 850 percent increase in erosion rates and sediment delivery over undisturbed land). This in turn damages fisheries and ecosystems. A move that allows timber interests to cut down more trees and build more roads in the Tongass is an attack on sources of clean and reliable water that people and wildlife rely on.

5 reasons Tongass National Forest is worth fighting for

How the National Environmental Policy Act gives the public a voice