Keep Our Wild in public hands

Right now, a movement of land grab extremists is mobilizing across the West  to dismantle America's system of protected lands so that large swaths can be sold to oil, mining and logging companies.

To do this, they are working to enact laws that require Congress to give millions of acres of public lands over to the states. Once in state hands, those lands can be sold without our consent.

Special interest groups are trying to seize Our Wild

Imagine an America with no national parks, forests or wildlife refuges, a place where mountain vistas, red rock canyons and prized trout streams were reduced to clearcuts, strip mines and polluted waterways.

Fortunately, Americans don’t have to imagine that because we have a national system of protected wildlands that is managed by the people, for the people. From national parks and monuments to wildlife refuges, national forests and recreation lands, our “public lands” don’t belong to billionaire developers and resource extraction companies.

They belong to all of us. These lands ensure that Americans have plenty of places to hike, camp, fish or simply find a slice of tranquility. These lands are Our Wild.

But right now, a greedy movement of fossil fuel-backed land grab extremists is mobilizing across the West and in the U.S. Congress to dismantle our grand American system of protected lands. Their aim is to remove large swaths of lands from the protective shield of the National Park Service, U.S. Forest Service and Bureau of Land Management so that those lands can be sold to oil, mining and logging companies. To do this, they are working to enact laws that require Congress to give millions of acres of public lands over to the states. Once in state hands, those lands can be sold without our consent. 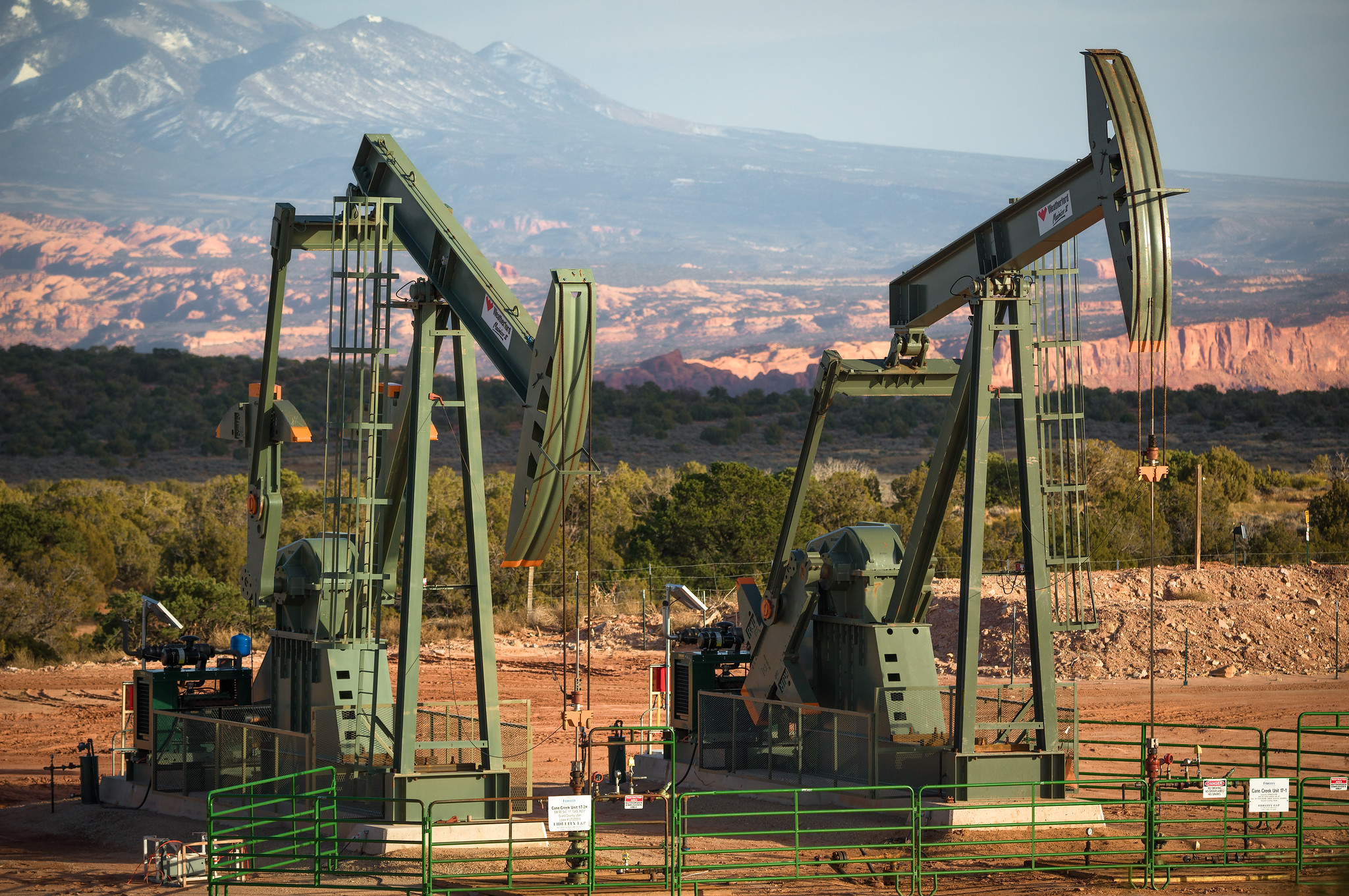 Land-grab politicians are emboldened by the Trump administration and have already unleashed a barrage of attacks aimed at paving the way for state seizures of Our Wild American lands.

The time is now to stand up and defend Our Wild. Through the Our Wild movement, hundreds of thousands of Americans from all walks of life from hikers to hunters to ranchers are mobilizing to send letters, make phone calls and attend rallies. We invite you to join this proud movement of land loving people.

Why is state control of American lands a bad deal?

Putting our national public lands in state hands will lead to massive sell-offs of prized American acreage for drilling, mining and logging. We will lose access to these wild places where we enjoy the freedom to hunt, camp, fish and hike. The entire land takeover movement is essentially a giveaway of our heritage, orchestrated by the oil and gas and mining industry, their extremist friends in Congress and radical politicians from cash-strapped counties in western states.

If we do not stand strong against this public land takeover movement, lands we cherish will soon belong to high-dollar buyers who will carve up, pollute and develop what was once wild.

Once our lands are in state control, they’re gone forever

Unlike our national government, the states are not obligated to preserve our wildlands, or even keep them public.  Western states have already sold a whopping 31 million acres (about the size of Louisiana) of their own state lands to resource extraction and development; selling off more newly acquired lands would bring in additional revenue to state coffers.

But even if state governments truly wanted to keep our lands open to the public, they would be overwhelmed trying to pay the new costs of upkeep and fighting wildfires on newly acquired lands. In order to maintain balanced budgets, western states would need to raise taxes or sell off iconic national treasures to the highest bidder.

Damage to the land and wildlife is inevitable

If our lands are given to the states, we’ll see a huge increase in the number of polluting oil wells, mines and industrial sites across the West. New roads, fences and forest clearings will further damage wildlife habitat and interrupt migration routes. In places like southern Utah and Nevada, fossils and native American artifacts could be destroyed by new development and forever lost to scientific discovery and the historic record. 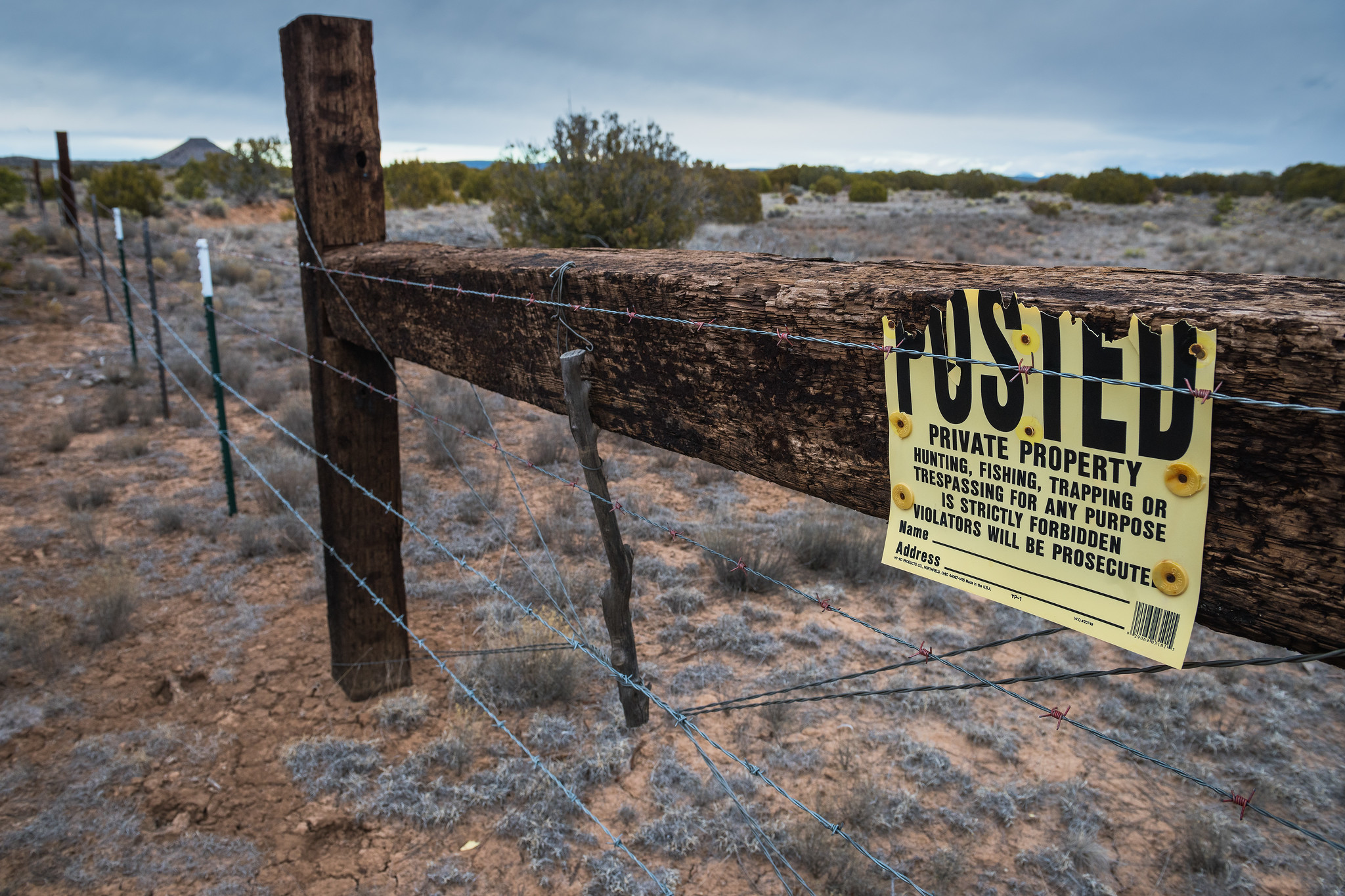 No trespassing signs instead of trailheads

Once our lands are sold, Americans may find ‘no trespassing’ signs and barricades instead of open trails and scenic views. The radical notion of locking up national forest lands, refuges and Bureau of Land Management lands where Americans love to hike, camp, hunt and fish would reduce the freedom to use these lands for all of us, including our children and grandchildren. Favorite fishing holes, camping spots and hiking or biking trails will be off-limits.  Hunters and ranchers who use public lands to hunt or graze animals may also find their ways of life threatened when nearby lands are closed to public use.

Sale of such lands could devastate many American families and local communities that depend on $646 billion in consumer spending that comes from outdoor recreation. 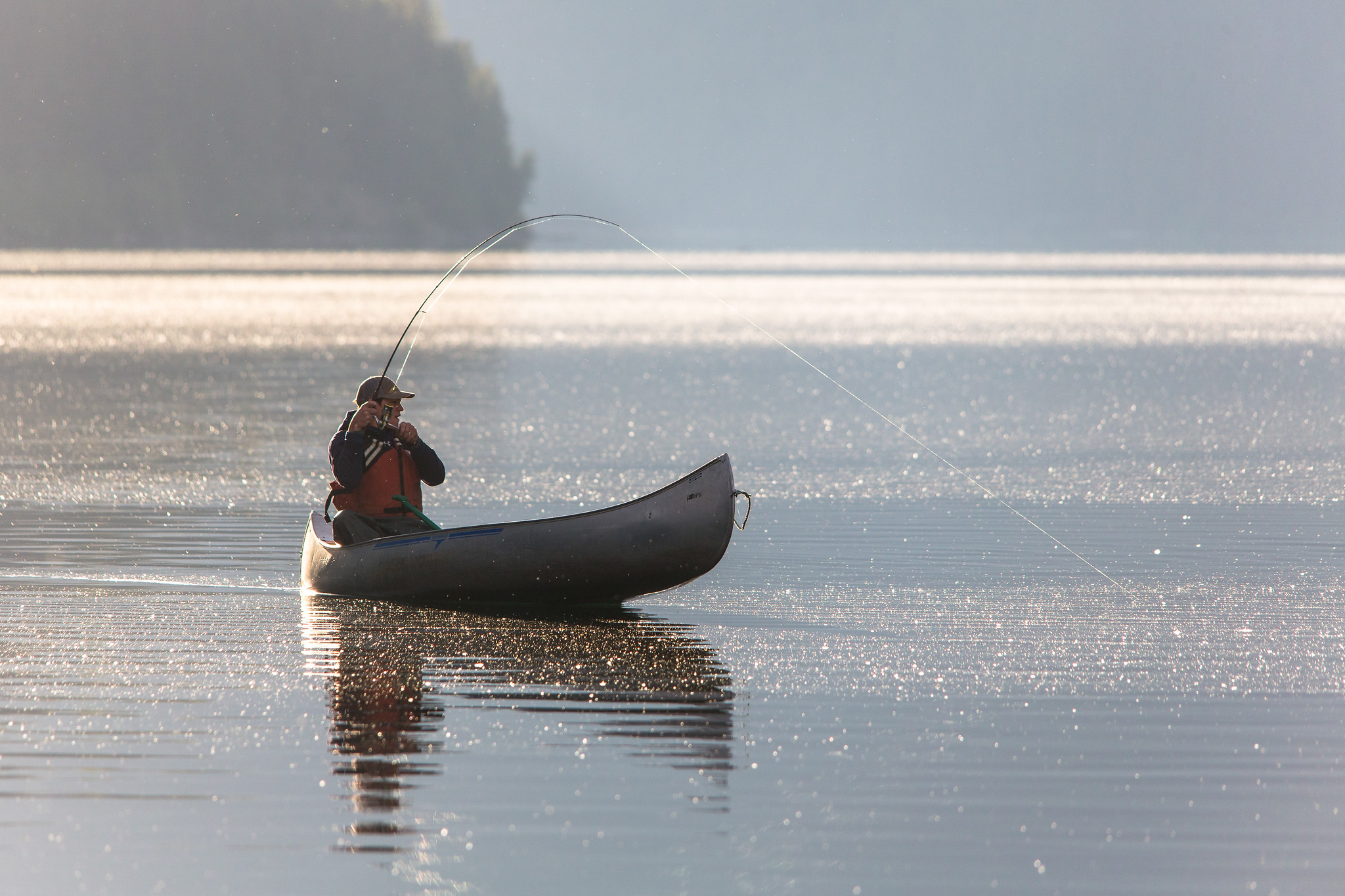 States where radical politicians have been most aggressive include:

Fortunately, by raising your voices, many of the state-level bills to steal America’s national public lands have been defeated in these western states, but the threat still lurks from takeover allies in Congress. Potentially public lands in all 50 states could be at risk if the land takeover movement succeeds in creating laws that allow Congress to give away our parks, forest and wildlife refuges to the states.

A land grab movement funded by oil and gas

Behind the public veil of the land seizure movement is a web of funding and support orchestrated by the  natural resources extraction industry. Anti-conservation politicians are regularly funded by the oil and gas industry. The oil and gas industry is the top industry contributor for ringleaders like Rep. Rob Bishop, R-Utah and Sen. James Inhofe, R-Oklahoma.  Rep. Bishop uses his power as chair of the House Natural Resources Committee to attack environmental laws while advancing a vast array of anti-conservation and land grab legislation that would benefit oil and gas and mining companies. Senator Inhofe, as the Ranking Member on the Senate Environment and Public Works Committee, regularly introduces legislation that would allow states to turnover public lands for oil and gas leasing and drilling, risking clean air and water, as well as threatening wildlife and opportunities to enjoy recreation on these lands.

Oil and gas connections can also be traced to public land takeover extremists in state legislatures like Idaho, Wyoming, New Mexico and Nevada, where their role has been to introduce legislation to pave the way for giving away America’s shared lands.

Dig into any of the politicians and advocacy groups pushing the public land takeover agenda, and you’ll find oil and gas money financing lobbyists and politicians at the state and federal levels. The American Legislative Exchange Council (ALEC), a membership organization for state legislators, is funded by Exxon-Mobil and the energy and mining billionaire Koch brothers. They have drafted model legislation that land takeover proponents, such as Montana state Rep. Jennifer Fielder and Idaho state Rep. Judy Boyle, have introduced in state legislatures. Closely related, the American Lands Council, a lynchpin organization for whipping up anti-government sentiment and rural western support for land takeover bills, are funded by the Koch brothers. Meanwhile, the nonprofit Americans for Prosperity (also funded by the Koch brothers) support land takeover bills in the West as well.

Fanning the flames of Bundy militants

Public land takeover politics have also merged with a more violent, anti-federal agenda. To stir public sympathy for their cause, some politicians offered sympathetic comments after Ammon Bundy and radical supporters led the armed takeover of the Malheur Wildlife Refuge in Oregon, claiming that federal lands like the refuge be “given back” to the people. Among them was Montana state senator Jennifer Fielder, who recently took a job leading the oil-funded, pro-land takeover lobbyist group, the American Lands Council. The irony is that these militants may have less access to these lands should they be given to the states and sold to the highest bidder.

America, this wild is Our Wild 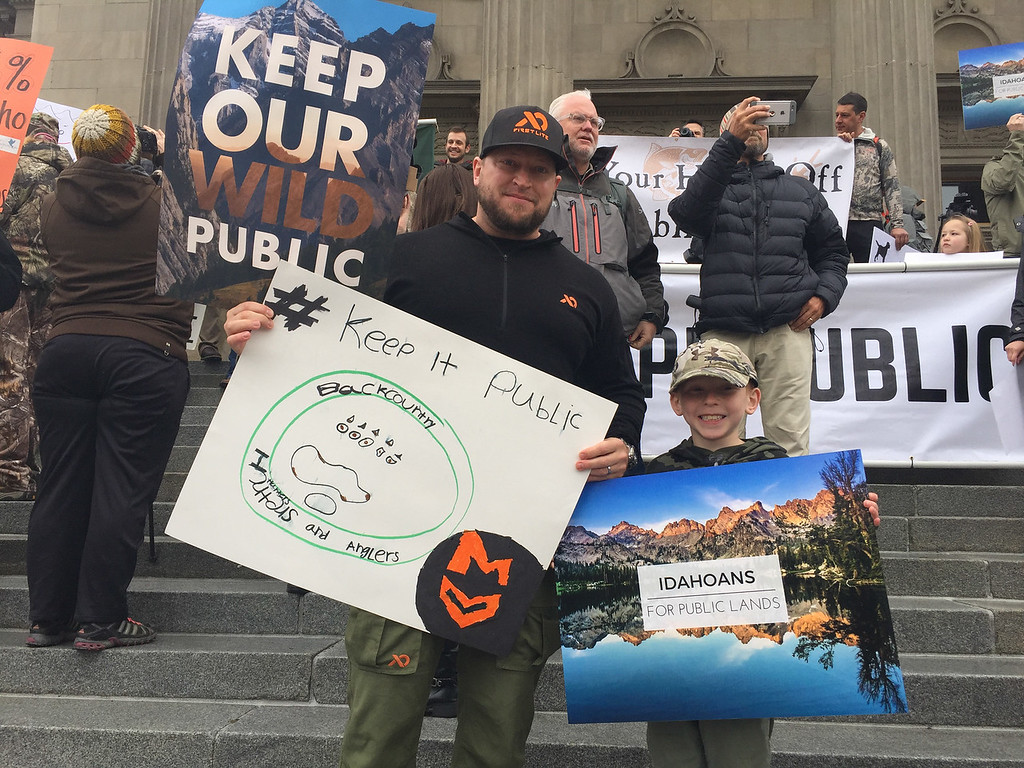 In early 2017, Idahoans rallied at the state capitol in support of public lands.

In 2014, 72 percent of voters said they consider public lands to be “American places that belong to everyone in our country” vs. places that belong more to residents of the states where those lands are found. In 2015, by more than 2:1, voters in six of the interior western states agree that public lands belong to all Americans, not just residents of a particular state.

You own these lands. They have been set aside for you and your family—to experience freedom, find respite in nature, learn about our history, and pass these wild wonders on to future generations of Americans. Let’s not allow short-sighted special interests steal that legacy from all of us, or from our children and grandchildren.

More about the public lands takeover threat around the country

In order to protect #OurWild way of life, we need more Arizonans to join the fight against efforts to develop special lands.

Defend Our Wild in Arizona

In order to protect #OurWild way of life, we need more New Mexicans to join the fight against these attacks on public lands

Defend Our Wild in New Mexico

Montana’s beloved lands belong to all of us. And the best gift we can give future generations is to make sure these lands stay healthy, whole and safe for all to enjoy.

In order to protect #OurWild way of life, we need more Wyomingites to join the fight against these attacks on public lands.

Defend Our Wild in Wyoming
Thank You!