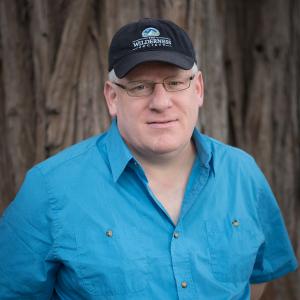 Paul Sanford is the National Director, Recreation Policy at The Wilderness Society.

Paul manages the Society’s work on recreation policy issues, and its programs to connect more people, particularly youth and underserved communities, to the outdoors.

A native of the Cleveland area, Paul has a Law degree from the University of Toledo and a Bachelor's degree from Ohio University. Paul moved to Washington, D.C. in 1991 to take a job at the Federal Election Commission, where he worked as a policy attorney for ten years. Later, Paul worked the Center for Responsive Politics, a nonprofit campaign finance research organization.

In the late 1990s, Paul took up kayaking, a decision that put him on a path that led to The Wilderness Society. His involvement in paddlesports led to a staff position at the American Canoe Association, where he was Director of Stewardship and Public Policy and General Counsel from 2004 to 2011. During his tenure at ACA, Paul represented recreationists with land management agencies, and helped develop the policy platform of the Outdoor Alliance (OA), a coalition of human-powered recreation organizations of which ACA was a founding member.

Paul came to The Wilderness Society in 2011 because he believes in TWS' Recreation Vision, which celebrates the deep connection between people and place that is forged by recreation on public lands, and recognizes that people can enjoy the wild parts of our natural landscape while at the same time ensuring their protection.

Paul still paddles regularly on the waters of the Mid-Atlantic region. He commutes to the D.C. office from his home in Alexandria, Virginia, using his bicycle to do so as often as possible