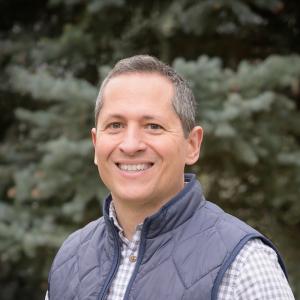 Tony is director of strategic communications for The Wilderness Society in Washington, DC.

Directing a media relations team in the nation's capital, he works with internal staff, partners, consultants and journalists to improve awareness of the challenges facing our public lands.

He joined The Wilderness Society staff in 2016 with an extensive background in conservation and media. He previously worked on national forests and endangered species issues for the National Environmental Trust, was policy communications director for the National Audubon Society, led communications efforts on climate change at the National Wildlife Federation, and worked on toxics reform for the Safer Chemicals, Healthy Families coalition. Early in his career, Tony worked on Capitol Hill as both a House and Senate staffer.

He has a Master of Public Affairs degree from the University of Connecticut, and a BA from Central Connecticut State University in political science. He enjoys biking, hiking and running in outdoor places of any kind, and has a fondness for bonded high rye bourbons.