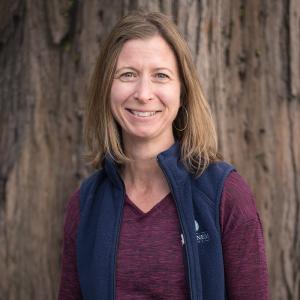 Melyssa Watson is the Executive Director of The Wilderness Society.

Melyssa leads The Wilderness Society’s programmatic work from regional and national campaigns focused on public lands and energy policy, to making public lands part of the climate solution and ensuring more equitable access for all to the outdoors.   Melyssa came to TWS in 1999 and has served in various campaign and leadership roles throughout her tenure.  She co-founded and later served as Director of our Wilderness Support Center working to build and lead grassroots wilderness campaigns across the country.  She also has held the titles of Senior Director for Wilderness and Assistant Vice President for Southwestern Regional Conservation.  From January 2013 to January 2019, she served as vice president of conservation for the organization. She oversaw 11 regional offices as well as our science, policy, national campaign and government relations teams with a total of 75 staff working within both rural and urban communities closest to the nation’s diverse public lands system.

During Melyssa’s tenure, The Wilderness Society has permanently protected more than ten million acres of public land via wilderness and other conservation designations, national monument proclamations, and other means. Key achievements over the past five years include launching the People Outdoors program, securing strong climate and energy policies for public lands, and facilitating collaborative, landscape-scale conservation plans for sage grouse across the West—all in the face of recent administrative and congressional challenges to the concept of protecting parks and public lands in perpetuity.

Prior to coming to TWS, Melyssa worked as a lobbyist and policy analyst for a Washington D.C.-based women’s health organization and as a staff assistant in the U.S. House of Representatives.

Melyssa grew up in northeastern Pennsylvania along the upper Delaware River. She graduated from Boston University with a BA in Political Science and a minor in Communications. She now happily calls southwestern Colorado home, where she loves exploring the Four Corners’ wild lands and rivers with her husband Brian, daughter Kara and dog Oso.