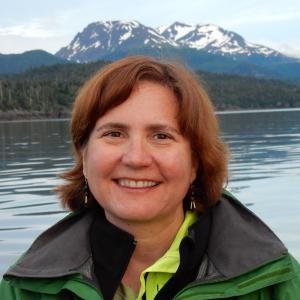 Lois Epstein is the Alaska Program Director for The Wilderness Society.

Previously, she was a private consultant on environmental and policy issues, and a senior engineer for several national and regional non-profit organizations.

A licensed engineer, she has served on several federal advisory committees, including two National Academy of Sciences committees studying oil and gas regulations and 12 years on a committee focusing on oil pipeline safety.

Lois has testified before the House and Senate on more than a dozen occasions, most recently in July 2013 before the House Natural Resources Committee on hydraulic fracturing. She also has promoted sensible, environmentally and financially responsible transportation decisions in Alaska for many years, including in the Arctic.

Her focus at The Wilderness Society is on ensuring that onshore and offshore Arctic oil and gas operations are as safe and environmentally sound as possible, and protecting ecologically sensitive areas in the Arctic from new resource development.

Lois has a master’s degree in civil engineering with a specialization in environmental engineering and science from Stanford University, and undergraduate degrees from both Amherst College (English) and Massachusetts Institute of Technology (mechanical engineering).