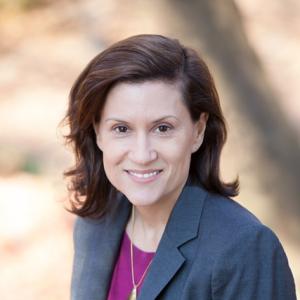 Kitty Thomas is the Vice President of External Affairs at The Wilderness Society, leading the organization’s communications, marketing, and membership teams.

The External Affairs Department manages the organization’s communications channels and works to reach new audiences, and engage supporters and activists.

Kitty joined The Wilderness Society in 2011.  Previously, she worked for former U.S. Senator Russ Feingold of Wisconsin for fourteen years. She joined his staff to work on campaign finance issues, later became the senator's speechwriter, and then served as his communications director from 2002 to 2010.  Her first job after graduating from college was as a researcher at Common Cause.

Kitty holds a BA from Middlebury College and a Masters in Public Communication from American University. She sits on the board of the Maryland League of Conservation Voters and lives in Silver Spring, Maryland with her family.