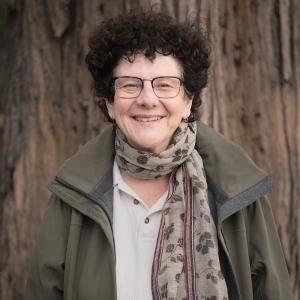 She brings more than 20 years of journalism experience to the job, having worked as a news writer, producer and editor at television, public radio and online news outlets in San Francisco and Los Angeles. She also managed USC Annenberg's California Endowment Health Journalism Fellowships. Andrea holds a B.A. in Broadcast Communications from San Francisco State University and spent a year studying and working in Los Angeles and Mexico City, as part of a graduate fellowship program with the Center for International Journalism at the University of Southern California.

Her respect for North American wildlands grew strong during various travel adventures - from the Saguenay Peninsula in Quebec, to the mountains and deserts of the West, to Chiapas in southern Mexico. She’s happy that her position with The Wilderness Society has brought her full circle, back to the foothills of the San Gabriel Mountains in Southern California, where she grew up.